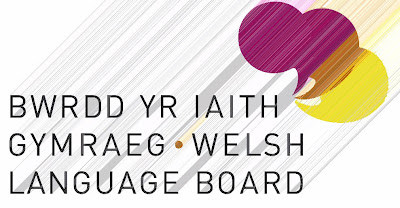 In the UK more than 150,000 people suffer a stroke every year but not all of them wake up speaking a different language. But this is what happened to Alun Morgan.

When English man Alun awoke following his stroke he could only speak Welsh - and fluent Welsh at that! Something he wasn't able to do previously. This meant he had to re-learn English.

As Mr Morgan explained, "I was compos mentis but was speaking totally Welsh. It gave my wife the shock of her life.

After the stroke it was hard going. Gradually the English words came back, but it wasn't easy. I've managed to remember English but I've almost forgotten Welsh again."

According to medics what happened to Mr Morgan is called aphasia and be the result of a stroke or a head injury. This can also cause something known as foreign accent disorder, as in the case featured in my post The Change Of Accent: Medical Or Spiritual where an English woman was left with a Chinese accent following a severe migraine.

In the case of strokes aphasia is said to be caused by damage to the part of the brain responsible for using and understanding language.

The only suggestion that 81 year old Mr Morgan could offer for his knowledge of Welsh was that he spent a short period in mid Wales way back in 1944.

But supposing, just supposing, the stroke brought about remembrance of a language from another life. Mr Morgan has a Welsh name so, who knows, perhaps in a former life he lived in Wales where Welsh was spoken. Or is that just being silly - I'm sure the medical profession wouldn't agree!

Other Random 67 Not Out Posts:
Reincarnation Gave Couple A Second Chance
The Reincarnation Of A World War I 1914 Soldier
The Change Of Accent: Medical Or Spiritual


And Finally ...
Did you hear about the Welsh Valley girl who wanted to get dirty with her boyfriend? He took her to a coal mine.