Would A Politician Lie To You? 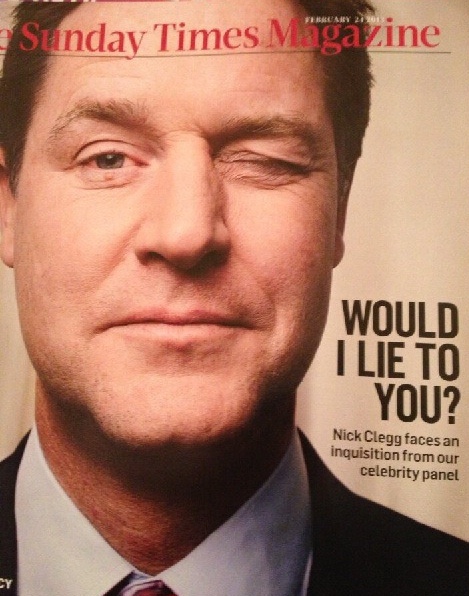 If you are outside of the UK you may not have heard of our Deputy Prime Minister Nick Clegg. He only got the job as David Cameron's Conservative Party had to form a coalition with Clegg's Liberal Democrats to form a government. This was part of the deal.

Clegg has a bit of a problem at the moment. At least ten women have accused the former Lib Dem chief executive Lord Rennard of sexual assault. To quote from the Daily Mail newspaper:

"His [Clegg's] story is shifting. After initially saying – in classic weasel words – that he knew nothing 'about these specific claims', he now admits that he was aware of 'indirect' concerns about Lord Rennard's alleged misdemeanours as long ago as 2008."

In other words what he initially said has changed. Therefore quite a coincidence that the Sunday Times Magazine (top of post) posed the question 'Would I Lie To You' and a photo of Clegg on the front cover of their magazine - the day before Clegg changed his story.

The Anarchistmedia website seem to have sussed out Clegg long ago with their poster as below. 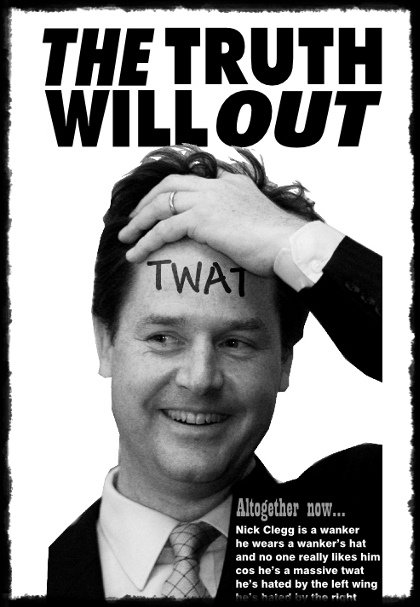 Mr Clegg has been forced to apologise once before and The Poke turned this into a funny video by putting his apology to music ...


... and what does Prime Minister really think of Nick Clegg, his Deputy Prime Minister? Private Eye magazine summed it up nicely with their cover ... 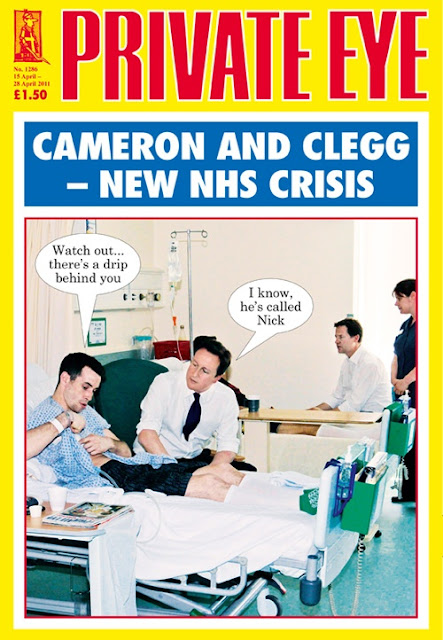 I suppose the real question is can we trust politicians to tell the truth, the whole truth and nothing but the truth?

Email ThisBlogThis!Share to TwitterShare to FacebookShare to Pinterest
Labels: Politics