Lemuria The Doomed Continent Of Sensual And Sensuous Lives

Much has been written about Atlantis. I've written a post myself on this, The Lessons Of Atlantis: The Lost Continent, but Lemuria - which is said to have sunk beneath the sea prior to Atlantis - is often overlooked.

Scientists seem to dismiss the idea, but it still lives on in the occult world.

In the History and Power of Mind Richard Ingalese tells of how Lemuria existed during what is known as the third period of evolution. Little progress was made by mankind during the first two. 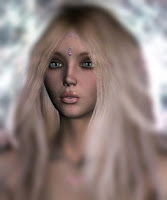 "During the third period of evolution man lived upon the continent known as Lemuria, a continent lying in the Pacific Ocean, Arabian Sea and Indian Ocean. It's northern portion was much in the present location of the Philippines and the Islands of the Southern Pacific: all of which constitute the remnants of that continent now sunken beneath the seas.

In Lemuria man passed from his lowest state of animal existence into what we may call a more rational human state. His developments during this time is substantially shown in the history of primitive man. Some of the egos, outstripping the others, succeeded in reaching adeptship along certain lines, but the great mass of the people lived sensuous and sensual lives. There was little spirituality manifested by the race during this period, and perversion of natural laws and forces became marked toward its close."

However it appears that before Lemuria sank beneath the waters, according to varying occult beliefs, some managed to establish colonies in India. These colonists were Masters and Adepts, the so called cream of the Lemurian people.

It is claimed that it was these who built the rock temples of Elephanta and other great temples in India and gave the country its riches in literature and philosophy. 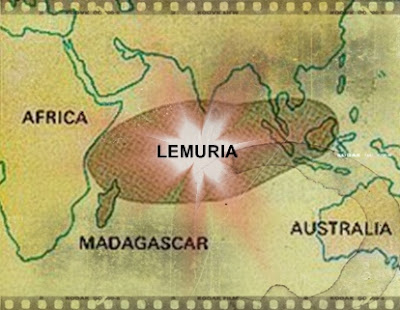 Meanwhile the degenerate Lemurians, who escaped the deluge, spread and populated Asia and Europe.

Well it's as good a theory as many others and the floods are similar to what happened in Genesis and in many stories and legends. The problem was that people like Helena Petrovna Blavatsky also supported the idea of Lemuria. She included this in her book The Secret Doctrine.

Blavatsky may well have helped to put the kibosh on the idea of Lemuria when she described the inhabitants as a race of hermaphroditic egg-laying ape-men who were the ancestral race of the Atlantean root race.

Other writers in the early 1900s took on this idea of Lemuria with other strange ideas. William Scott-Elliot in 1904 wrote The Lost Lemuria and told of 12 foot tall Lemurians leading tame plesiosaurs on leashes.

The Ancient Mystical Order Rosae Cruscis (AMORC) told of Lemurians in their publications and Dion Fortune also described Lemuria in his teachings.

Like most things the idea of Lemuria went out of fashion even within many secret societies. Until that is, Sundaland was talked about by geologists.

It appears that at the end of the last Ice Age, some 11,000 years ago, sea levels rose and most of what is known as Sundaland was flooded - only the highlands remained as Malaysia and parts of Indonesia.

So maybe there was a Lemuria after all - though probably not with tame plesiosaurs!

Other Random 67 Not Out Posts:
The Rainbow City Built By Martians In Antarctica
The Lessons Of Atlantis: The Lost Continent
The Druid Secret Alphabet Perhaps Used In Atlantis

Email ThisBlogThis!Share to TwitterShare to FacebookShare to Pinterest
Labels: Atlantis, Lemuria, Power of the Mind