Hitting The Heights With The Stars In Somerset

I've been away for a short holiday to Minehead, Somerset. As my blogging friend Daz, from Just Watching The Wheels Go Round, often mentions gigs he has seen over in Australia, I thought I'd better show a few of the ones I saw while away. 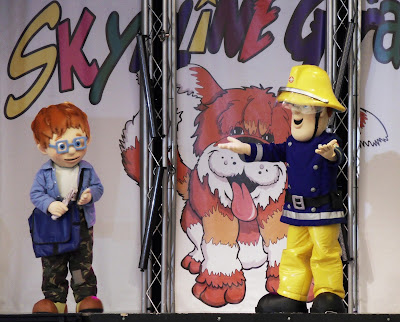 Yes, it really is Fireman Sam live on stage - but there was much more to follow ... 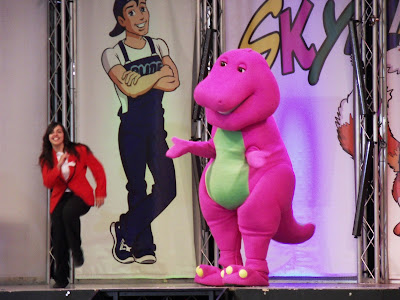 ... Yep, it's Barney the Dinosaur - who seems to have got at least one girl dancing excitedly on stage, and there's more ... 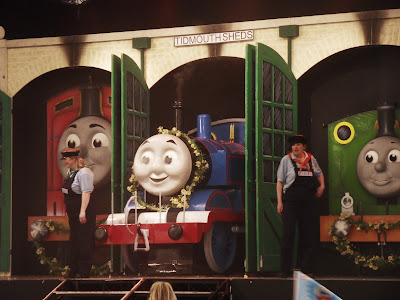 ... Thomas the Tank Engine live - how do they manage that! And on the same evening, on another stage, we saw ... 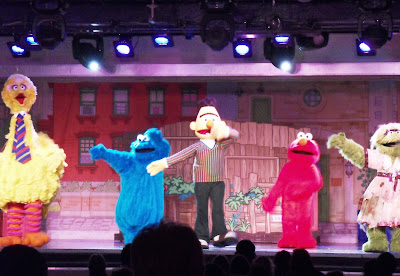 ... the Sesame Street characters and - if that wasn't enough - on the next evening there was a pantomime ... 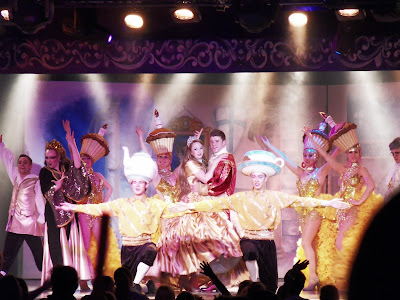 ... of Beauty and the Beast. Not too sure why this necessitated cupcakes, teapots and cups as hats but the audience liked it - and so did I.

This was, of course, all really for children and my VIP, small grandson Samuel, had a good time, though his three month old sister perhaps wasn't quite so impressed. Pantomimes seem to be a British thing and they are the first taste of the theatre for many children - and watching something live is always special.

Karin and I enjoyed our week in Minehead, Somerset. The sun shone for us. The sky was blue and we managed a couple of walks along a small part of the West Somerset Coastal Path.

There were no coincidences or synchronicities while we were away but, being with all of my family, was just perfect. I didn't need anything else. Oh, nearly forgot ... 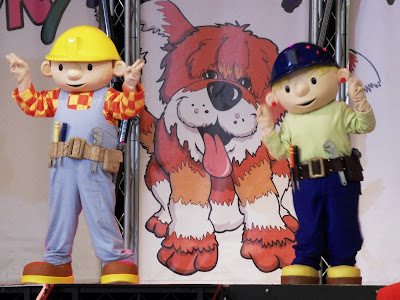 ... Bob the Builder was there too. Life doesn't get much better!

Other Recent Random Posts:
What Happens When Dogs Watch Too Much Television
A Timely Purely By Chance Coincidence
The Granite Dinosaur And Turtle Guarding Helman Tor Cornwall