A Miracle Witnessed By A Doctor 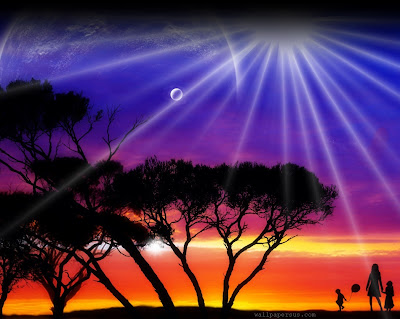 It's not easy to decide if something is really a miracle but here's a possibility with this story from a doctor.

Dr Martin Scurr, a top GP here in the UK, was raised by Jesuits so may have some 'inside' information on such matters. This is his story:

"This week I have witnessed a miracle myself for the first time - well, if not a miracle, something very like it (if you define 'miracle' as an event that cannot be due to human power or the laws of Nature and is therefore caused by a divine intervention.

"One of my patients, known to me closely for more than thirty years, died last week after a long illness. The mother of three was an admirable woman, forthright, highly intelligent and an inspiration to all.

"Spending some time after the funeral with one of her daughters, also on our practice list since childhood, I learnt that the day after the bereavement the daughter suddenly regained her hearing in an ear that had been deaf since it was ravaged by infection in her early years, despite several operations and all attempts to conserve some function and prevent a lifelong disability.

"At the funeral the priest had said that he had never met anyone who had gone straight to Heaven  - but implied that maybe this lady had done so - and the immediate return of her daughter's hearing makes me feel that perhaps he was right.

"I am going to write to Rome - we now have a Jesuit Pope and with my upbringing I hope I will catch his ear. Maybe we have a saint in the making?"

Other Healing Stories:
Woman Walks After 23 Years Through Spiritual Healing
The Flesh Eating Bug Overcome By Prayer
Healing And Visualisation Without Will Power