Ghostly Footsteps On The Stairs 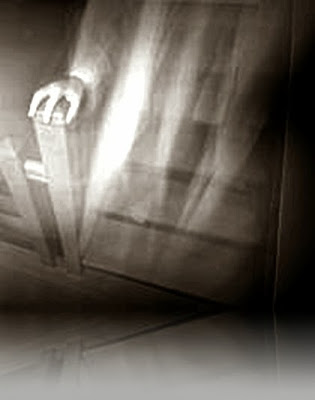 Ever near us, though unseen ...
the fair immortal spirits tread;
For all this boundless universe is life;
there are no dead.
~ Edward Bulwer-Lytton

Back in March 2010 I published a post Footsteps Of Dead People. I was referring to the time when my mother had only a few days to live in this life. I wrote:


" ... she had only days to live so it was a very emotional time. Two days before she died I was in the bathroom having an early morning shower when my wife called out that she was popping down to the local shop for something. "Won't be long," she said.

I finished my shower and all was quiet as I dried myself when I heard someone slowly coming up the stairs, their footsteps slow and precise. I took no real notice as I presumed it was my wife back already.

My wife did suggest that it was perhaps my mum paying a last visit."

This morning Karin told me about the time she also heard footsteps on our stairs. I've no idea why this never came up in conversation before.

It happened last year when I was in hospital with kidney cancer and had to have surgery. Karin was on her own in the house and it was late at night. She was watching television as she felt she wouldn't be able to sleep because she was concerned about me.

It was then that she heard footsteps going up our stairs - the bottom of the stairs is near to our living room where she was watching TV.

She says she could hear the steps quite clearly and for an instance thought it must be me but quickly realised it wasn't. The sounds continued to the top of the stairs and then stopped.

Karin felt very scared but felt she couldn't rest, until she knew there was no one there. She slowly went upstairs and into all of the four bedrooms. There was nobody to be seen.

She went on to check the rest of the house - nothing, and all of the doors and windows to the outside were securely locked.

That night, when she finally went to bed, she left most of the house lights on.

Today, when she told me the story, she added that, "It must have been your mum again."

There's no real explanation as to what she heard. We always feel happy and comfortable in our home, there's nothing scary or creepy about the place.

So was it imagination or could it really have been another case of Footsteps of Dead People? All I can say for sure is that both Karin and I are both convinced about what we actually heard.

More Ghostly Tales:
The Ghost Who Chased A Thief
10 Ghost Story Posts
Ghostly Rye: The Most Haunted Town In England