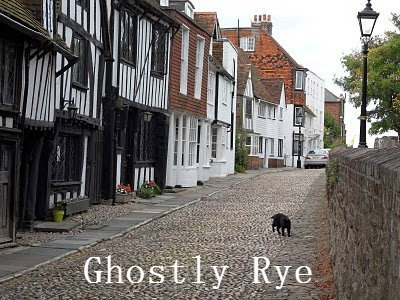 67 Not Out has been getting a lot of visits recently to posts featuring ghosts - ghost stories in other words. So I thought, as these seem to be popular, I'd collate the ten most visited over the past 12 months:

1. Ghostly Rye: The Most Haunted Town In England
One of the most atmospheric and ghostly places I have visited is the town of Rye on England's south coast. Some claim it is the most haunted place in the UK and on a visit it's possible to see why ... Read more

2. The Unusual Contact With Her Dead Mother
After about 18 months mum took poorly and we nursed her through a difficult time until she eventually died. It was so sad, I felt like a lost orphan. She was always there for me, no matter what I did, especially when ... Read more

3. The Ghost Who Chased A Thief
We were both asleep in our beds when I heard a sound from one of the spare bedrooms. Suddenly this turned into almost a shout and there was a crashing ... Read more

4. The 25 Ghosts Of Wymering Manor
The house, dating back to at least 1042, comes with it's own set of ghosts and even includes a ghostly choir of nuns. It's extremely spooky ... Read more

5. The Ghost Of St Bernadette And Her Incorrupt Body
I came across this picture above, purported to be Saint Bernadette - after she had died. There are five images shown as her spirit gradually fades into a wall ... Read more 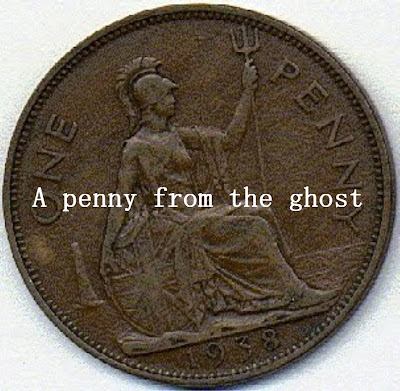 6. The Ghost Who Leaves Old Pennies In A Tyre Depot
One of the strangest incidents is that Nick has started finding penny coins, dated 1936 and 1938, that's from when George VI was on the British throne. Twice the coins have been found ... Read more

7. Kate Says She Has Sex Regularly With A Ghost
It always starts when I'm sleeping, as I told you last time, but now I do not tell him to go away as I did before. The ghost has sex with me. I enjoy it and am a willing ... Read more

8. Ghost Of Virgin Mary Seen On The Cornish Cliffs
The ghost of Virgin Mary has been spotted on the cliffs in Newquay in Cornwall a few miles from where I live ... Read more

9. The Tickling Ghosts
Every night after my mother put me to bed, two elderly ladies would appear at my bedside. The taller one would stand back a little, while her companion made a big show of nodding and smiling and blowing kisses in my ... Read more

10. The Ghosts Of Roman Soldiers Walking On Their Knees
Harry was working in the Treasurer's House cellars and was up a ladder doing something or other to the heating system. It was then that he heard the sound of a distant horn or trumpet. He imagined that this must be coming from outside, and that was why the horn sounded so muted ... Read more