Classic Coincidence: She Fell From Heaven And Landed At His Feet 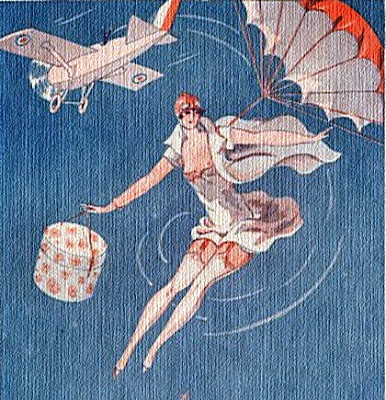 Here's a short romantic coincidence I came across recently. I suppose it would be considered a classic now, but can you imagine a better meeting? 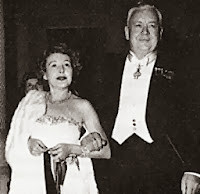 "When I was a struggling musical student," the famed heroic tenor Lauritz Melchior once recalled, "living in a small pension in Munich, I was sitting in the garden one day, learning the words of a new opera.

As I sang the words, 'Come to me, my love, on the wings of light,' there was a flutter, a flash of white, and there sitting at my feet, was a beautiful little creature who had dropped right out of the blue.

"It was Maria Hacker, a diminutive Bavarian actress. Stunting for a movie thriller, she had jumped from an aeroplane and landed, parachute and all, practically in my arms. And that was She. I thought that she came to me from heaven. I still think so..."

Looking to expand this post a little I wondered if Melchior had any links to where I live in Cornwall. Pretty remote, I thought, as he was a Danish-American singer. But, good old Wikipedia, came up trumps. It seems he had met Hugh Walpole, the author, and the two quickly became firm friends, travelling together and staying in each other's houses.

On a visit to Walpole's cottage in Polperro [Cornwall] Melchior "caused a sensation by singing at a concert in the village", and later on a visit to Helston [Cornwall] he and Walpole both took part in the traditional Floral Dance.

There's always a link somewhere ... Because ...


More Coincidence Examples:
The Castaway And The Message In A Bottle Coincidence
The Coincidence Of Emily Giving Her Idol A Lift To His Own Show
Married Couple In The Same Photo As Children