Sightings Of Shadow People Who Walk Our World 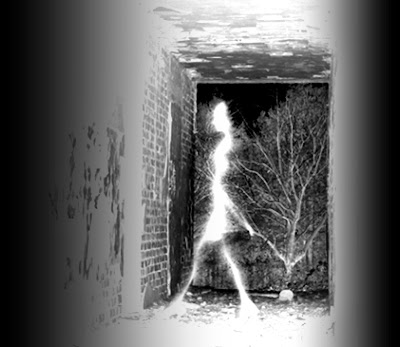 I recently published a post The Shadow People Who Stalk Our World and was amazed by the response. It was read by over 10,000 people in the first day and many more since.

It seems that this is a much bigger subject than I imagined and many people have told me how they have seen these Shadow People. Here are a few of the experiences I received.

"I thought it was only me who saw these shadow people. I've been seeing them since I was a child and they are now part of my everyday life. I live with my partner but she doesn't see them, even though I do most nights.

They are difficult to describe other than they are figures of people but as shadows. They don't seem to be over tall, about three-quarters of the height of an average person.

They used to scare me but I now accept that they are there, as you would if you have a dog or cat walking about. They have never harmed me and people I have mentioned them to say it's my imagination."

"I used to see them. They were usually smaller than a human and dense black, not see through. It got so I barely noticed them as they seemed harmless with no feeling of portent.

Don't know what they are but I tend to agree that it's some kind of other dimension thing. A leak maybe. Or a colliding of universes.

I don't see them any more. I've moved, so maybe location has something to do with them. A curious thing to be sure."

"I have seen them also, often as small black 'things' that are moving across a threshold or along a counter top or up a wall. And I've seen them in more than one location.

Inter-dimensional, parallel universes? I have no idea. They are not always nice. Often I find myself experiencing more than usual PTSD [Post Traumatic Stress Disorder] from 'Nam when they are around, so I've taken to command that they leave and use various technologies to back the command up, it usually works.

Doesn't seem to matter if the house or place is new or old, however, the older are more apt to have them.

I feel like they have a connection to suppressed emotions that have been left around - like cobwebs -like what it feels like to enter an old vacated psych ward or old prison - only much less, but similar.

What ever they are, I think they're looking for release, we ought to assist when we can. I certainly wouldn't want to be in that state."

"I dated a girl twice a couple of weeks before Christmas one year. She was at my house and as I got up off the couch she did also and started to grab me for a kiss. As I looked at her, I could see past her into my kitchen. I saw a black mass at the stove, in a split second it went behind the island of cabinets and then behind her and disappeared. It made the hair on my arms and neck stand up. I never told her.

A couple weeks later got a call that she had overdosed. Couple of months later was talking to someone that said it was her addiction and evil dependency that was following her around."

"Been seeing shadows and things that 'were not there' for years. Recently there has been an uptick. I keep these sightings to myself but my wife and my mother have commented to me that they have been seeing things as well. They usually cycle and then fade, but this time its been very busy."

I wouldn't pretend to know what these Shadow People are. I quite like the theory, as suggested in a couple of the above stories, that they are some form of emotion, suppressed or otherwise, that lingers in buildings or around certain people.

This is what I've also thought many ghosts to be - and why they walk the same route, or do the same things over and over again. A strong emotion of something that happened long ago has somehow been trapped in the walls of the house or wherever.

In saying this, though, there are other kinds of, what we call ghosts - who are more than just stored memories.

Other Relevant Posts:
The Ghosts Of Roman Soldiers Walking On Their Knees
The Shadow People Who Stalk Our World
10 Ghost Story Posts