The Experience Of Seeing Shadow People 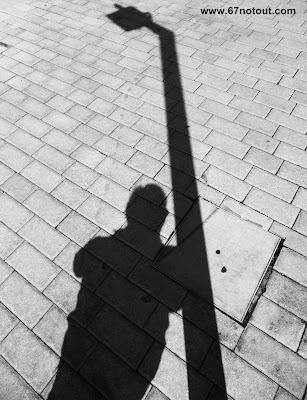 Another follow up story to my original post about The Shadow People Who Stalk Our World. This is Nick's experience.


"Seeing Shadow People is a real phenomenon. My older brother used to complain about these in the seventies, we all blew it off until I witnessed the same in the eighties. Since then it dropped away, until a couple of years ago when my son told me, out of the blue, that he was seeing them.

Over the last couple years we, or the dogs will catch sight of them in the house. I never had any bad feelings from these observations, though there was one bad experience while cleaning offices at night.

The shadow person made its presence known, and over time became more aggressively pronounced. My wife and son were becoming more aware and afraid. One night I worked alone and was cleaning the kitchen with my back turned and felt it walk up behind me. It or they make a noise, every hair on my body stood up.

I finished, turned and gathered my things. When I was ready to walk out I was so pi**ed I turned off the main lights and called it out.

I used God and Jesus on it and chased the noise and gibberish. This led out to a cubby-hole in the back. I told it that it had to go. I finally left pretty freaked out.

When we returned the following week we didn't sense or see it. We gave up that stop.

Whatever Shadow People are, they are real. I'm a combat infantry veteran, been in some scary positions but never had the hair literally stand up on my entire body."

More 67 Not Out Posts:
The Shadow People Who Stalk Our World
10 Ghost Story Posts