The Doctor And His Coincidence With JFK And Lee Harvey Oswald 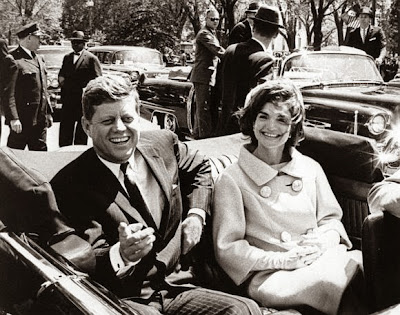 I was reading that Piers Morgan discovered a coincidence while interviewing Dr Ronald Jones on his CNN late night show.

Dr Jones was one of the surgical team at the Parkland Memorial Hospital Dallas, the night President Kennedy was assassinated.  He received a message, "Dr Jones, the President has been shot, we need you right away in the emergency room."

He tells how he saw JFK's wounds and that there was no sign of life. A tracheotomy was performed and an ECG heart machine was used. The doctor remembers thinking at the time, "How did I get here? The odds of me taking care of the President must be infinitesimal." But this isn't the coincidence. 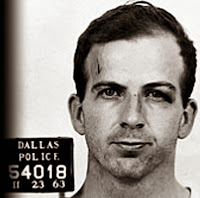 Two days later Dr Jones was called for another emergency, this time on the 'assassin' Lee Harvey Oswald, who had been shot by Jack Ruby. Oswald survived for an hour and 20 minutes in the operating room.

The doctor is therefore part of history as he was called upon to treat the assassinated as well as the assassin.

I don't watch Piers Morgan's show - not even sure if it's shown in the UK - but I read in Event magazine that on the same night Kerry Kennedy, daughter of Bobby and JFK's niece, was also interviewed.

A couple of statistics came up during the interview, which I find almost hard to believe. I won't comment on them as I live in the UK - so it's not my business to do so - but here is what was said:

"... over 1.5 million Americans have been killed by guns since they [John & Bobby Kennedy] died."

"There are more gun dealers in the United States than McDonald's"

Email ThisBlogThis!Share to TwitterShare to FacebookShare to Pinterest
Labels: Coincidence story, Coincidences in the Media, History