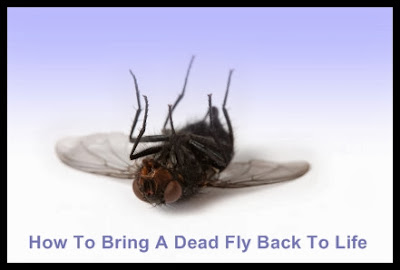 Today a coincidence story which is also a lesson i.e. How to bring a dead fly back to life. My thanks to JC for this much needed information!