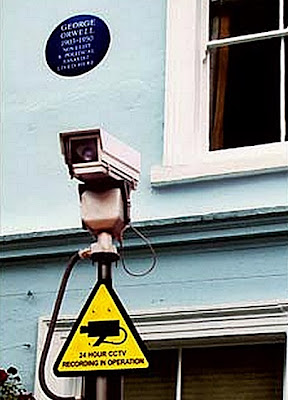 This was George Orwell's house at 22 Portobello Road, London. The house (and the sign bearing his name) is genuine but the question is: Has the photo been photoshopped and the camera added? Could well be, but the photo gets a message across!

I then found the same photo on the Imgur website and when I saw the number of views it had - 976 - I saw it as an indicator that I should publish the photo.

I have written several times about how 976 is an important number in my life. See, for example my posts, The 976 Coincidence or The Missed Post Coincidence And Other Wanderings. 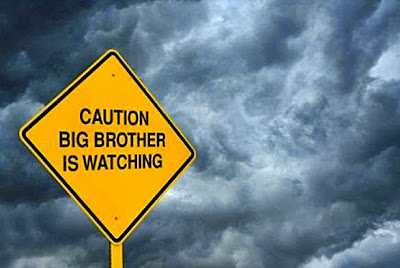 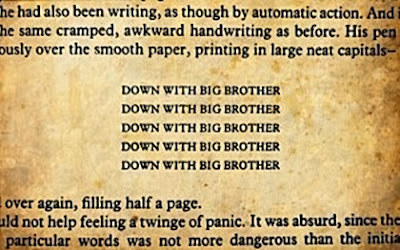 Quote: "In North Korea, every person is property and is owned by a small and mad family with hereditary power. Every minute of every day, as far as regimentation can assure the fact, is spent in absolute subjection and serfdom. The private life has been entirely abolished. One tries to avoid cliché, and I did my best on a visit to this terrifying country in the year 2000, but George Orwell's 1984 was published at about the time that Kim Il-sung set up his system, and it really is as if he got hold of an early copy of the novel and used it as a blueprint."
~ Christopher Hitchens, in "Worse Than 1984 : North Korea, slave state

Strange where you end up after looking at a photo.

Quote from 1984: "The two aims of the Party are to conquer the whole surface of the earth and to extinguish once and for all the possibility of independent thought."

Email ThisBlogThis!Share to TwitterShare to FacebookShare to Pinterest
Labels: 1984, 976, Big Brother, Thought Of The Day