The SOS went out over the phone line: Shellington has gone missing.

In the world of a 3 year old, such as my grandson, this isn't good news. Shellington or Dr Shellington as he probably should be addressed, is an important member of the Octonaut team. His knowledge of the ocean and his field research are extremely useful on any of the Octonaut missions - where their aim is to Explore! Rescue! Protect!

Fortunately we found Shellington hiding in a box of Lego, along with the white feather, from when our grandson had last paid us a visit. We were able to reunite the missing Octonaut with his seven other adventurers. Thankfully new missions can now once more be considered.

Who are these Octonauts? Wikipedia, rather stuffily, describes them thus "... an underwater exploring crew made up of stylized anthropomorphic animals, a team of eight adventurers who live in an undersea base, the Octopod, from where they go on undersea adventures with the help of a fleet of aquatic vehicles." If he read this Shellington would no doubt reply, "Fascinating," or "Jumping Jellyfish."

It's interesting how similar themes appear in different television series - synchronicity, coincidence, or maybe there really isn't anything new in the world.

If we look at the Octonauts (designed for pre-school children) and compare them with Star Trek, for instance, the similarities are there. I read the following description on the Highchairs & Headaches website:


"Octonauts: Think Star Trek, for children, but take them out of space and dump them in the ocean. I thought of this clever little analogy after the hubby recently turned me into a bit of a Star Trek geek. The little sea-dwelling astronaut creatures hang out on the Octopod (aka Deep Space Nine), go out on missions in little ships called GUPs (aka shuttles), and meet various different species that live throughout the ocean (aka space). There’s a captain, a medic, and various other members of the Octonaut crew (aka Starfleet). Coincidence? I think not." 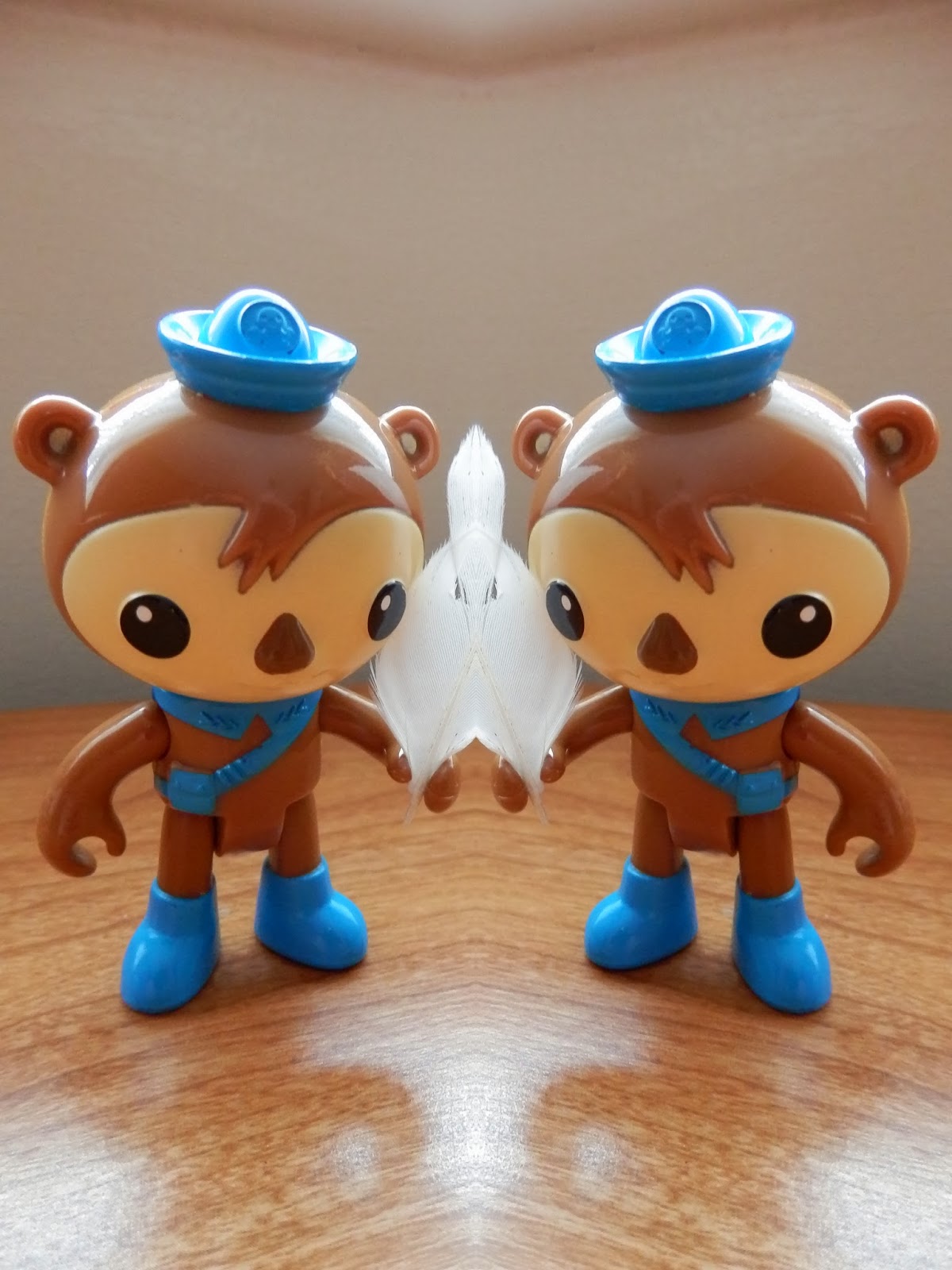 Strangely when I looked at another photo I had taken of Shellington, using the reflection setting on my camera, the white feather seems to have turned into a rocket ship or space vehicle.

Other 67 Not Out Posts:
Finding Helen Under The Rubbish Coincidence
We Seem To Have The Need To Cry
Cleopatra's Needle Didn't Want To Come To London