Who In The World Was That Guy Coincidence 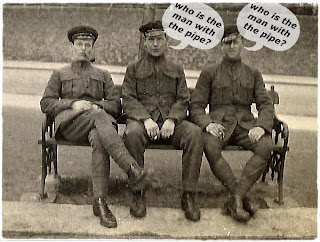 I came across the following coincidence story from gameoverno on Reddit. It made me smile, as you can imagine something like this actually happening.


"A friend and I had lunch with a total stranger who got in my friend's car when he was picking me up. We each assumed the guy was the other's friend whom he'd invited, but had not said anything about - and neither of us directly asked, 'So how do you guys know each other?'

The guy was nice enough and we ended up having a fine lunch with pleasant, but generally chitchat-level, conservation.

My friend called me up after he dropped us off and asked, 'Who in the world was that guy?' We then discovered our assumptions about the other knowing him were false.

We had to know why this happened, so I looked up the guy in the employee directory (I worked at the same company) and emailed him.

He replied explaining he was supposed to meet a Brian (my friend's name is Brian) who had the same colour and model car, at the same spot we picked him up and at the same time!

He thought that he'd met up with the right people until about three quarters of the way through lunch when Brian said where he worked and that didn't match with the Brian he was meant to meet."

Other Recent Posts:
Footprints In The Sand Synchronicity
Precognitive Dreaming Of The Eye Of The Needle Brought Him Success
Be Careful What You Read It Could Change Your Brain