The Faceless Female Ghosts Who Have Travelled The World 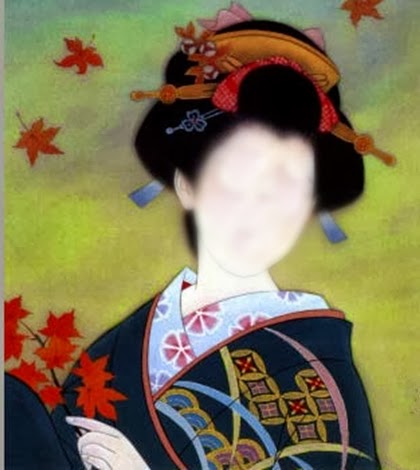 I read the following, from someone in the Philippines with the snappy name of gHosTmAgneT_03. It was the first time I had heard of a ghost of a faceless woman.


"Ever since we moved to another house I started to see this woman. The first time I saw her was when we were moving our things inside the house. I was with my sister that time. I was helping her with her things when I saw this woman who was wearing a white dress. She looked about the age of 20 but not more than 30.

I was not able to look at her face but I started to feel very strange. My sweat was so cold and I had goose bumps. Then my sister asked me what was wrong and I asked her if she could see the woman. She told me that there was no woman, and I started to get scared. I tried to look closer, the woman was still there, and wasn't moving an inch. Then I looked at my sister and when I looked at where the woman was she was there no more."

The one with the snappy name saw the ghost two more times.


"I saw the woman standing in front of me. I could not see her face because her hair was covering it. I couldn't move or open my mouth. I felt weak like I was going to cry. She was trying to get closer so I switched the lights on. Then she disappeared, I felt relieved and when I went back to bed I fell asleep easily."


"I saw the woman at our dining room near the refrigerator, and what shocked me the most was when I saw her floating above the ground. It seemed she did not have a face. I was totally freaked out that I kind of passed out." Source

Faceless ghosts? "Whatever next," I thought. So I had a look at a book I have The Element Encyclopedia of Ghosts & Hauntings. And yes there is a listing. They write about a Faceless Woman:


"A beautiful female ghost who is said to terrify all who see her because she has no face. Typically she is young and slender and is first seen from behind.

"She appears in haunting legends all over the world, Her origins are unknown but may be Japanese. In his book Kwaidan published in 1904, Lafcadio Hearn, one of the first Westerners to study the folklore of Japan in depth documented ancient stories of the Mujina, faceless ghosts."

As there have been links between Japan and the Philippines - between 1942 and 1945 the Empire of Japan occupied the Commonwealth of the Philippines during World War II - I could see how the faceless ghost story could have travelled. But then I found that there are other places that tell of these same ghosts: In Hawaii for example.

Going back to my encyclopedia I read about a faceless ghost in Hawaii. In 1959 the faceless woman was said to have appeared at the Waialae Drive-In and a few years later in Oahu. There are recent tales of her being spotted in a Waikiki hotel, shopping mall and college. 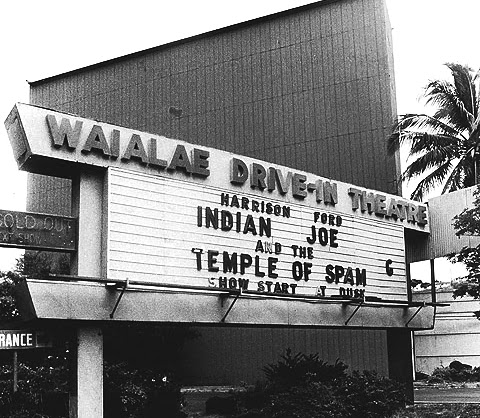 I found a more recent Hawaiian sighting on the Haunted Islands website:


"One encounter happened in 1965 when a young woman opened the door to one of the stalls to see a woman standing before her with no face hovering above the toilet. Her boyfriend then saw her running out of the bathroom screaming, followed by a faceless woman with no legs.

A group of friends gathering in the theater in 1965 encountered a large fireball that rose from the ground and circled the parking area several times before flying straight into the screen. There has been no explanation of where the ghostly woman and the fireballs come from, but it is noted that the theater is located next to a graveyard, which is famous for being saturated with the souls of the dead, even more so for Hawaii.

Since its final closing in 1986, the area has become a favorite spot for ghost hunters, cautiously peeking into the women’s rest room for a chance to see the famous ghost."

They go on to say:

Going back to Lafcadio Hearn, the writer mentioned in my encyclopedia, I managed to find the original transcript of the Japanese story or legend about the Mujina, or faceless ghost. Here it is:


The last man who saw the Mujina was an old merchant of the Kyobashi quarter, who died about thirty years ago. This is the story, as he told it:

One night, at a late hour, he was hurrying up the Kii-no-kuni-zaka, when he perceived a woman crouching by the moat, all alone, and weeping bitterly. Fearing that she intended to drown herself, he stopped to offer her any assistance or consolation in his power.

She appeared to be a slight and graceful person, handsomely dressed; and her hair was arranged like that of a young girl of good family.

"O-jochu," he exclaimed, approaching her, "O-jochu, do not cry like that! Tell me what the trouble is; and if there be any way to help you, I shall be glad to help you." (He really meant what he said; for he was a very kind man.)

But she continued to weep,hiding her face from him with one of her long sleeves. "O-jochu," he said again, as gently as he could, "Please, please listen to me! This is no place for a young lady at night! Do not cry, I implore you! Tell me how I may be of some help to you!"

Slowly she rose up, but turned her back to him, and continued to moan and sob behind her sleeve.

Then O-jochu turned around, and dropped her sleeve, and stroked her face with her hand; and the man saw that she had no eyes or nose or mouth, and he screamed and ran away.

Up Kii-no-kuni-zaka he ran and ran; and all was black and empty before him. On and on he ran, never daring to look back; and at last he saw a lantern, so far away that it looked like the gleam of a firefly; and he made for it.

It proved to be only the lantern of an itinerant soba-seller, who had set down his stand by the road-side; but any light and any human companionship was good after that experience; and he flung himself down at the feet of the soba-seller, crying out, "Ah! Aa!! Aa!!!"

"Kore! kore!" roughly exclaimed the soba-man. "Here! what is the matter with you? Anybody hurt you?"

"Only scared you?" queried the peddler, unsympathetically. "Robbers?"

"Well! Was it anything like this that she showed you?" cried the soba-man, stroking his own face, which therewith became like unto an Egg.  And, simultaneously, the light went out.

Faceless ghosts - did they originate from the Japanese legend? Or, as someone suggested to me, are they your average ghosts who have forgotten how their faces once looked, perhaps because they've been around for so long?

Resources: The Element Encyclopedia of Ghosts and Hauntings

Other Paranormal Stories:
A Sighting Of The Bank Of England Black Nun Ghost
The Black Stick Men Who Stalk Our World At Night
80 Percent Of Elderly People Have Ghostly Visions Of Their Deceased Partner