Give And See What Men Give In Return To Your Bosom 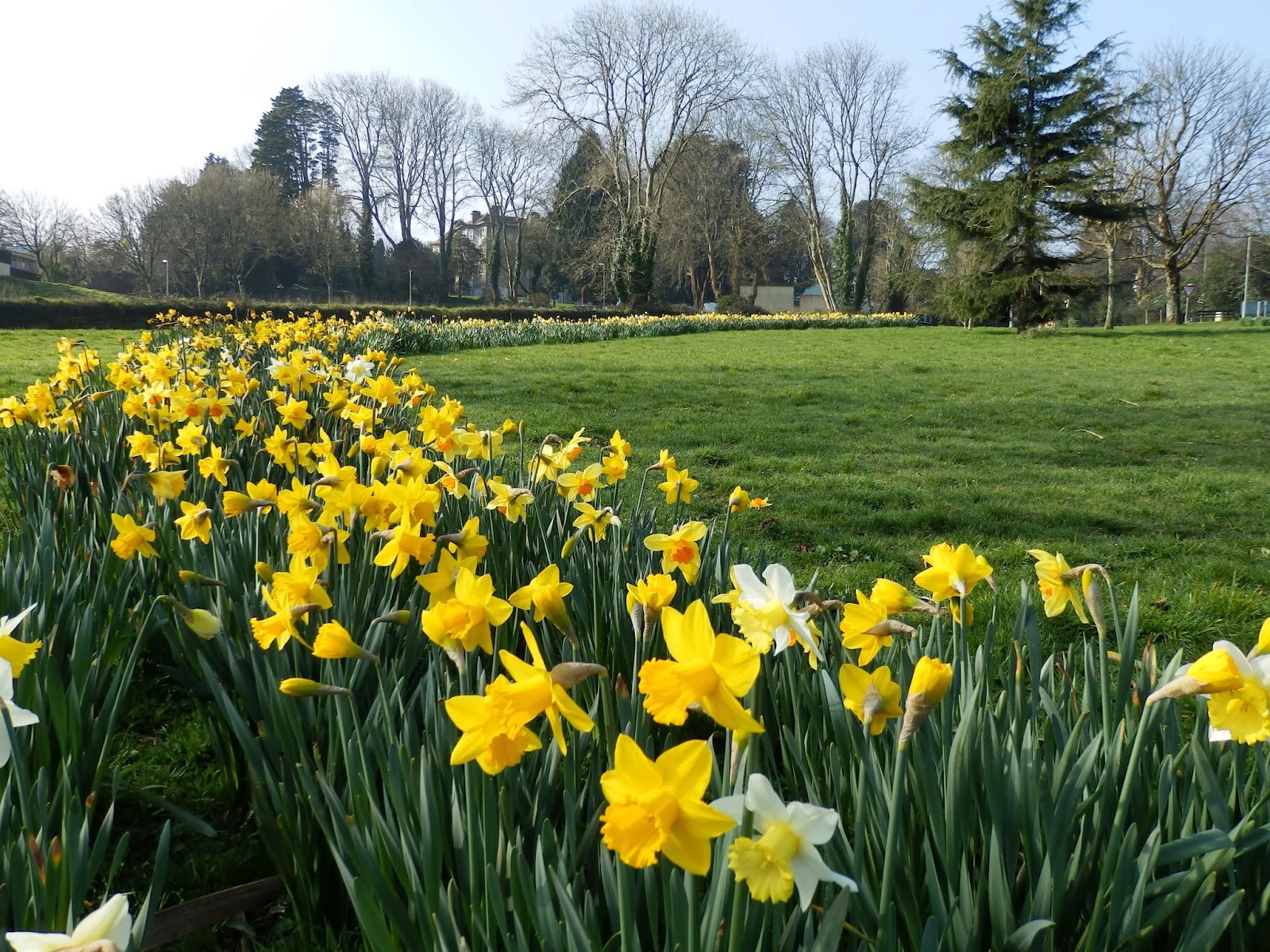 I've always believed that we get back what we give out, whether that be friendship, love, smiles, money or anything else - including the negative things as well such as hate, fear and so on. Give out good things and we get back good things; give out nastiness and hate and that's also what we get back. Simple!

I had a small example of this yesterday.

We were in our local town yesterday afternoon as we needed a couple of bits and pieces. Further along from the main centre I saw someone collecting for Marie Curie Cancer Care - it's always distinctive as their symbol is a bright yellow daffodil.

It's a charity that I like to support, but I wasn't sure if I could be bothered to walk in the opposite direction from where I wanted to go. Then I remembered the photo above (I took a similar one last year) I had taken of all of the daffodils I'd seen that morning, which had been planted by the charity. My gut feeling was that I therefore had to give some money.

So I turned round and gave all of the loose change I had in my pocket to the collector. I didn't have any paper money with me.

I went back along the road to catch up with Karin. We walked together for about 100 yards when Karin suddenly bent down and picked up a £5 banknote. There was no one nearby so my charity donation was returned to me. 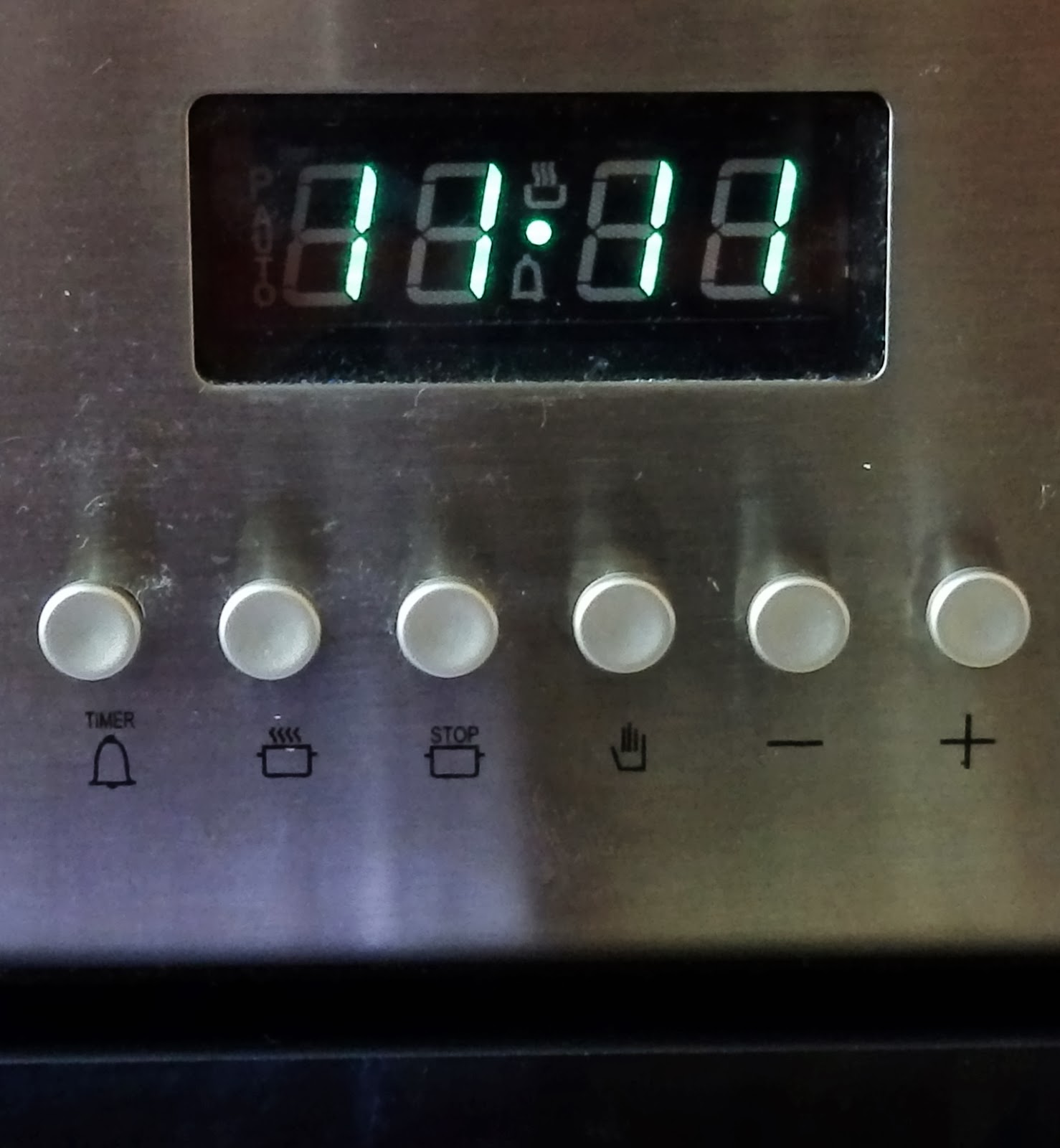 I don't belong to any organised religion but I do believe what Jesus is quoted as saying about giving: "Give, and it shall be given unto you; good measure, pressed down, and running over, shall men give to your bosom. For with the same measure that ye mete withal it shall be measured to you again."

So looks like, in this instance, men gave to Karin's bosom - erm, perhaps that doesn't sound quite right, but the money I gave was returned to us whether via her bosom or not.

P.S. The morning, after taking the daffodil photo I returned home at 11:11 and managed to take a photo of the time on our cooker clock. That probably doesn't have any relevance to giving!

Other Similar Themed Posts:
Finding Money By Walking Into The Magic
The Art Of Finding Coins Or Anything Else
Miles Of Smiles And Butterflies