Pegasus Resting On The Sand 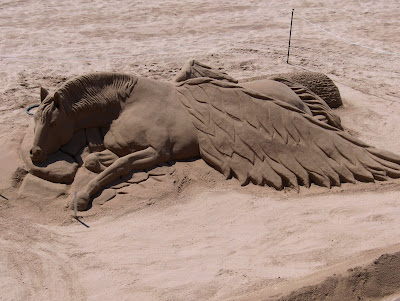 I found Pegasus resting on the beach and was able to take a photo before he took flight or sank beneath the waves.

According to Wikipedia Pegasus is a winged divine stallion usually depicted as pure white in colour [when I saw him he was a bit sandy!]. He was sired by Poseidon, in his role as horse-god, and foaled by the Gorgon Medusa.