Coincidence Of Links Between Boat Owners 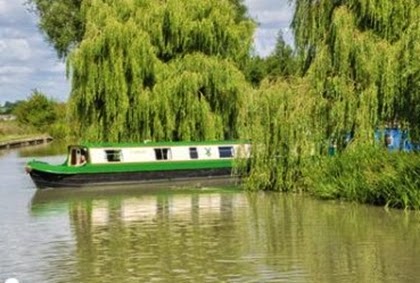 A coincidence example showing the unexpected links there can be between people.


In 1992 my husband and I commissioned a narrow-boat from the Calcutt Marina, nr Napton Warwickshire.

After it was fitted out we arranged a mooring at the marina next to an old narrow-boat and found the owner (Ian) had attended the same school (William Morris Technical School) as we had in Walthamstow, London. Ian was some years older than us and had been there in late 1930s. My husband had left in 1949 and me in 1956, so none of our paths had ever crossed. We lived in Hampshire and Ian lived in Sussex.

Ian and his wife eventually sold their boat and it was moved away. The berth was taken by a new boat being fitted out by its owner. He (Blaine) turned out to have been a teacher at the same school in the 1980s.

Blaine lives with his partner Gerry (Geraldine) whereas our names are Elaine & Terry.

So how's that for coincidence? Source

Other Coincidence Stories:
Married Couple In The Same Photo As Children
The Red Balloon Coincidence
Coincidence Examples Of How Love Connects