The Theatre Royal in Drury Lane is the oldest theatre site in London (other than the rebuilt Globe) and dates back to 1663. It's long history, therefore, is packed with romance, murder and intrigue. No wonder it is now known for it's ghosts, several are still seen today.

The theatre's most famous ghost is known as the Man in Grey. So called because he is seen wearing a long eighteenth century grey coat, tricorn hat, powdered wig and carrying a sword. He is seen at rehearsals and also watches plays from the balcony, until he slowly walks from one end to the other before disappearing into a wall. 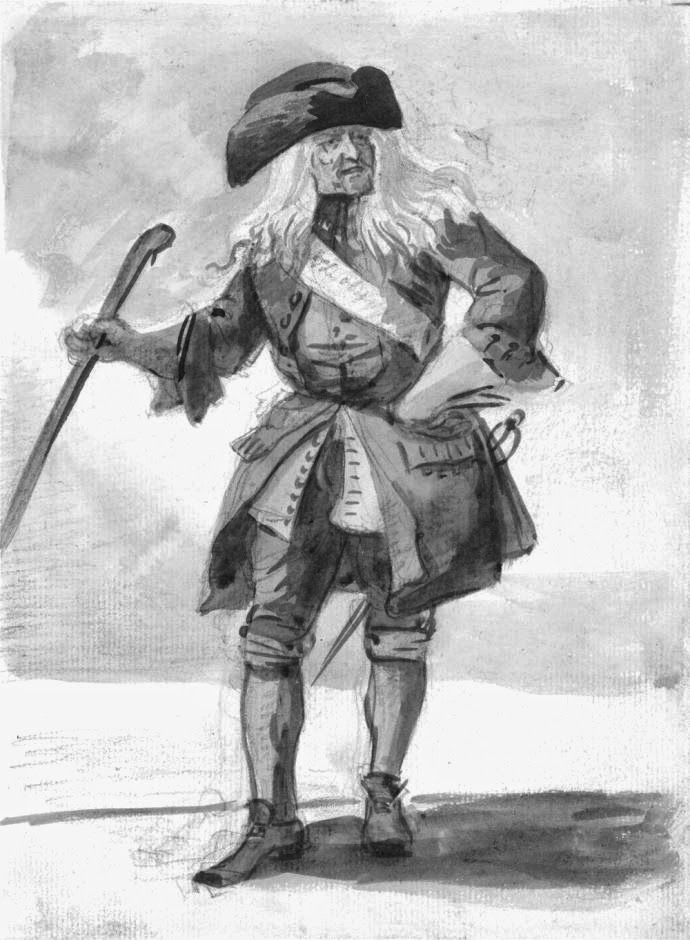 Theatre lightning engineer Matt Clark has seen the Man in Grey twice. He said that he, "... can honestly say there is something, or someone, wandering the darkened theatre before the audience arrives each evening." 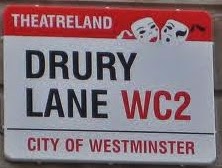 He has an answer as to why the ghost disappears into a wall: "After staring at the stage, for some time, the figure disappears through the wall, to the left. It’s common knowledge, to those who work here, that a doorway used to exist at that spot, which led to a stairway. The doorway has long since gone, but perhaps the theatre's resident ghost doesn’t know that." Source

Seeing this particular ghost is no bad thing and is considered lucky. He was seen at plays such as Oklahoma!, South Pacific, Carousel and The King and I - all of which went on to be very successful.

But who is this Man in Grey? It isn't really known but in 1848 work was being carried out on the theatre and a skeleton was found, with a knife between the ribs, in a walled up and forgotten passage. It's thought that, whoever this was, may be the theatre's most regular ghost. 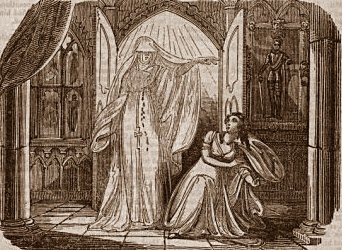 But other ghosts are also seen. Even King Charles II is said to pop in now and again. 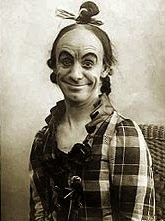 Dan Leno, probably the first pantomime dame haunts the corridors while rapping his walking stick. He wafts the smell of lavender as he walks - which he is said to have used to mask his incontinence odour.

Leno appeared at Drury Lane as Sister Anne in Bluebeard in 1902, a character described as 'a sprightly, somewhat below middle aged person who was of a coming on disposition and who had not yet abandoned hope.' That's Leno's photo, in costume for Bluebeard, on the right.

Also ghosts in residence are actor Charles Macklin and clown Joseph Grimaldi. Macklin walks the spot where he killed a fellow actor, Thomas Hallam, in an argument over a wig.

Other Ghost Posts:
A Sighting Of The Bank Of England Black Nun Ghost
The Faceless Female Ghosts Who Have Travelled The World
Dead Brother Rung His Sister's Doorbell