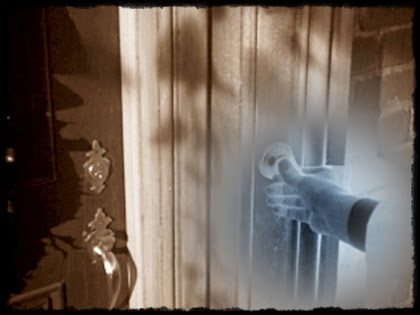 The Daily Mail newspaper has been publishing stories about Near Death Experiences taken from a new book The Wisdom Of Near Death Experiences by Dr Penny Sartori. This led to some of their readers sending in associated stories about their own experiences - though not necessarily about true NDEs. Here's one example of the stories published, which is more to do with precognition or contact with a deceased loved one.

I picked out this particular story because of the writers age! It's by Carol Kingston, age 67, from Milton Keynes in England. This is her story:


"It was one o'clock in the morning in May 1982 when the ring of the doorbell woke us up. My husband John went downstairs to answer the door then returned to the bedroom looking miffed, saying nobody was there.

For some unknown reason I had a strong sense it was my 25-year-old younger brother Steve. He was in the SAS and based nearby. A few seconds later it rang again and John traipsed back down the stairs. Again, there was nobody there. It buzzed a few more times after that, but we decided to ignore it.

At 10am the next morning my father phoned with devastating news. Some officers had arrived to inform him that Steve had been killed in a helicopter crash in the Falklands.

At that stage we knew very few details of how he had died but that night my oldest son, Robin, who was then eight, had a dream that his Uncle Steve had risen up out of the water with his arms up and said: 'Don’t worry about me. I'm OK now.' Incredibly, I too had experienced the exact same dream.

We later learnt that the helicopter had crashed into the South Atlantic Ocean and Steve had drowned."

You can read more of the Daily Mail stories here.

More 67 Not Out Posts:
20 Examples Of How The Dead Contact Us With Messages Or Signs
The White Dove As A Messenger Of The Dead
White Feathers Comfort The Bereaved

Email ThisBlogThis!Share to TwitterShare to FacebookShare to Pinterest
Labels: Dreams, Messages from the dead, Near Death Experiences, Precognition