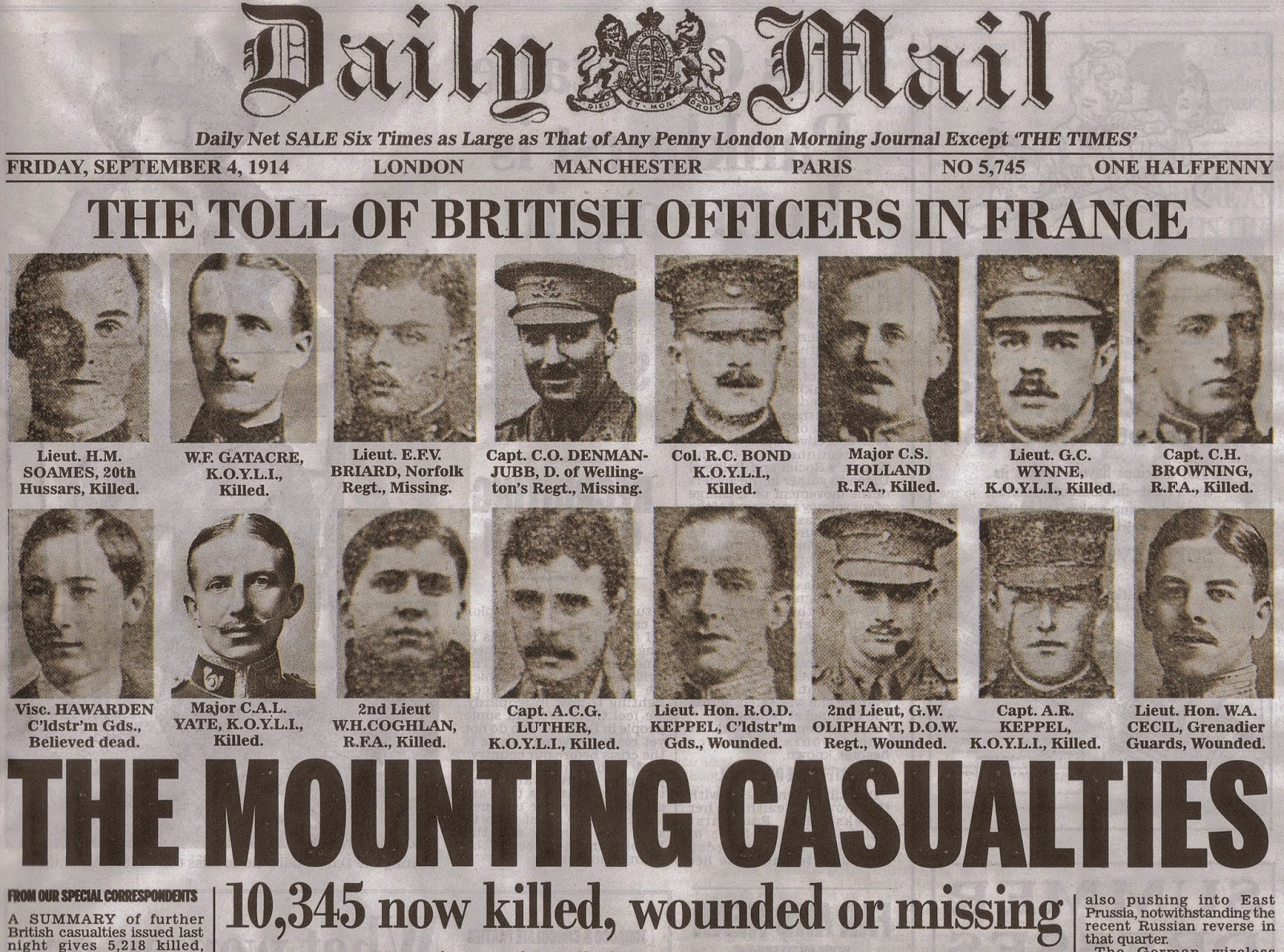 This follows on from yesterday's post 1914 Adverts At The Start Of World War I. I made light of the start of the war and ended the post with "... it's not like millions of people will be killed or anything."

But, of course, people were wrong with such assumptions. The Daily Mail reported on the 4th of September 1914 how 10,345 had now been killed, wounded or missing. And this was just one month into the war. Much, much worse was to come.

To quote Wikipedia: "The total number of military and civilian casualties in World War I was over 37 million. There were over 16 million deaths and 20 million wounded ranking it among the deadliest conflicts in human history."

The horrors are unimaginable as sons, husbands and brothers were enticed into the war ...

Okay, that's it. I won't go on about it. We can't change what happened. We've just got to hope it will never happen again.

Other Posts:
1914 Adverts At The Start Of World War I
When Will The End Of The Earth Come?
The Mystery Of The Angels Of Mons