Out Of Body Experiences: Do They Prove Life After Death 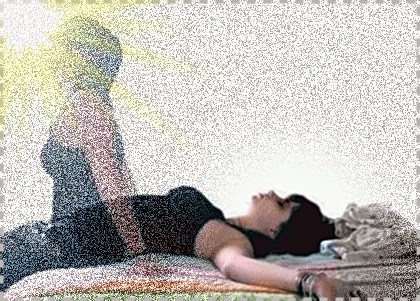 Out of body experiences: many say these are proof that we live on following death, while others will completely dismiss such an idea. It is interesting though, that if you actually talk to someone who has experienced an OBE, and even question them, they will remain adamant about what they saw and felt. They 'know' that there is life after death.


"In 1975, while giving birth, I had an heart attack. I remember looking down from above my body at the room and the peace I felt was amazing.

I then found myself in a very bright place. I wasn’t afraid at all, in fact I felt so much love.

I looked up and a man had come out of somewhere. He was so bright to look at and as he came closer the love I felt from him was overwhelming. I felt he knew me and I knew him. It's difficult to explain the feeling.

He came over and sat next to me. He was like my father. He started to speak to me and I to him. He didn't move his lips, but he was speaking to me. I won't go into the whole time but I remember him asking me if I wanted to come with him or go back.

I knew I still had to finish giving birth and I had little girls at home. He told me I would have great suffering.The next thing I knew was that I'm yelling and I'm back in my earth body.

I had died but my son was still inside me. I gave birth. They told me they wanted to keep my son and me in hospital because there might be brain damage to my baby.

There wasn't any damage, to him or me. Till this day, 39 years later, I can tell you that the time I spent with the beautiful man [in Heaven] and the things he spoke to me about have helped me through everything. It changed my life. Without question there is a Heaven. I know because I have been there and it is more than wonderful!"


"I have actually experienced Heaven. I am eighty years old now, but when I was 19 a man knocked on my door one night and when I answered he pushed me backwards onto the floor and proceeded to strangle me.

Everybody that I had ever known flickered through my mind with a goodbye. Suddenly I was at these gates. There was overwhelming gold - everything was gold. It was beautiful but ... some neighbours came to my house and pulled this person off me and I had to come back! It was so hard coming back after what I had seen. Definitely there is life after death! source

But ... scientists will argue that such experiences have a biological basis. They claim that the same parts of the brain are activated in near-death experiences as in dreams and that people who report them are also able to slip into a dream state more easily than others. Such statements, however, will not sway those who have actually experienced Heaven.

Email ThisBlogThis!Share to TwitterShare to FacebookShare to Pinterest
Labels: Heaven, Life After Death, OBE, Out of Body Experiences