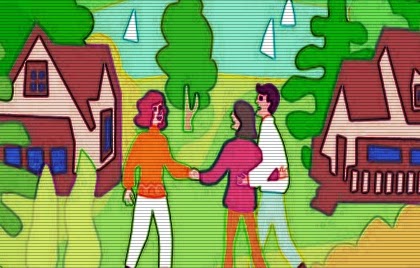 A short coincidence story illustrating the links we have may have with other people.


A girlfriend of mine is splitting up property with her ex. She decides to surrender their main house for a smaller one they own in a different neighborhood some distance away. She's concerned by the possible lack of friends and support in the new neighborhood.

Discussing it with an acquaintance, he says he has a friend that lives two doors down from her new place. Bingo, instant neighbor.

Another friend reports a professional contact within two blocks of the new house.

Finally, her aunt is able to connect her to yet another friend in the new neighborhood.