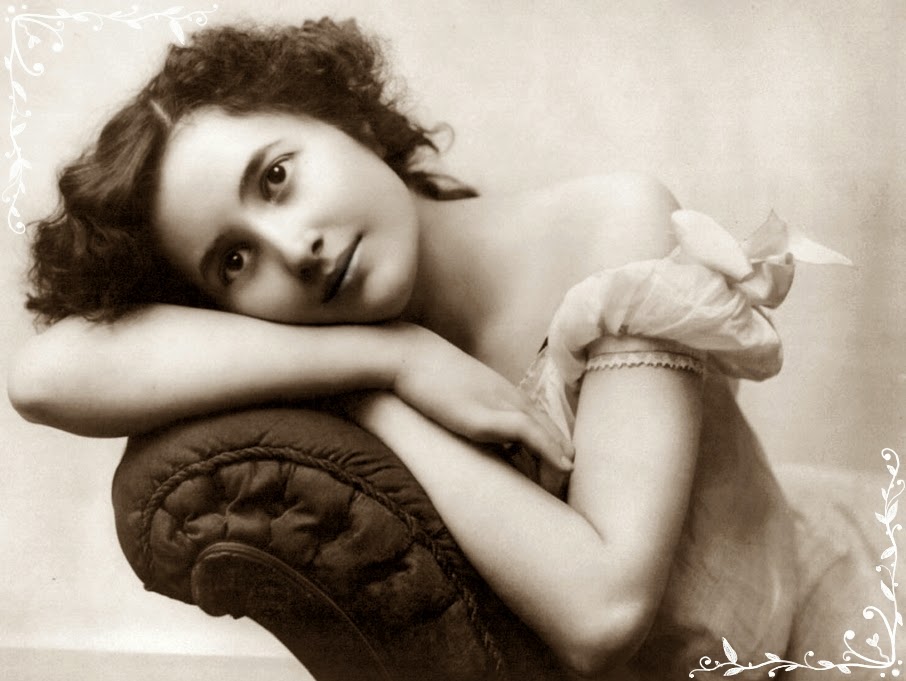 Here's what was described as a 'peculiar coincidence' by the Bridgeport Sunday Herald of September 7, 1902. Well I like to keep up to date with the news!


All Derby was upset, turned upside down and twisted last week, by a female mind reader, who did mental and mysterious stunts calculated to make women tremble and strong men be afraid. She is gone but not forgotten, and she left a heap of trouble in her wake.

Her speciality was answering questions secretly prepared by the anxious or inquisitive, whose names she called out in the meeting, and whom she told just what they wanted to know in front of everybody.

That was bad enough, but she went even a step further and gave a matinee to which no one but members of the softer sex were admitted, and they do say that some of the things that she revealed to the nosey women present about their other halves created unpleasant scenes in more than one previously happy household.

It is positively known that it cost one man two dresses, one bonnet and a two weeks visit from his mother-in-law to square himself with his spouse, and the end is not in sight.

But the strangest experience was that of a well known man and his fascinating wife, who took their young son to see one of the performances, and who now wish they hadn't. It was rich, ripe and racy.

The lady in question has, from her youth up, even until now, been considered among the more straight laced as a flirt of the deepest dye, and her partiality for a bachelor to whom she had once been engaged has been the source of many whispered piece of scandal, especially as her trips to New York and other places seemed to be made just at the same time when the bachelor happened to be called out of town on important business. Her husband is by no means the least jealous of mortals, and has kept a suspicious eye on his wife, but has never been able to catch her in flagrante delicto.

When the time came to write the questions, nothing would do but little Johnnie must be allowed to ask one too, and as it seemed an innocent past-time, permission was readily granted, and the harmless conundrum was propounded: "Will my papa bring me here tomorrow?"

The time came for Johnnies answer and the unhappy couple were completely flabbergasted when the reply came: "Johnnie Soandso, your papa can’t bring you tomorrow. Your papa is sick in bed. Yes," went on the seer as if to prove her knowledge still further, "He sprained his ankle in getting out of his carriage."

"Come out of this," he whispered hoarsely, "Come home." And the trio left. And why? Simply because the devoted bachelor was laid up in bed with a sprained ankle, received in getting out of his carriage.

Other Recent Posts:
A Time Slip Helped Him Glimpse The London Body Snatchers
The Mysterious Dogon People And The Knowledge They Learned From The Fish-Like Aliens
A Cat Chasing A Duck Led Me To Driver 67 Car 67