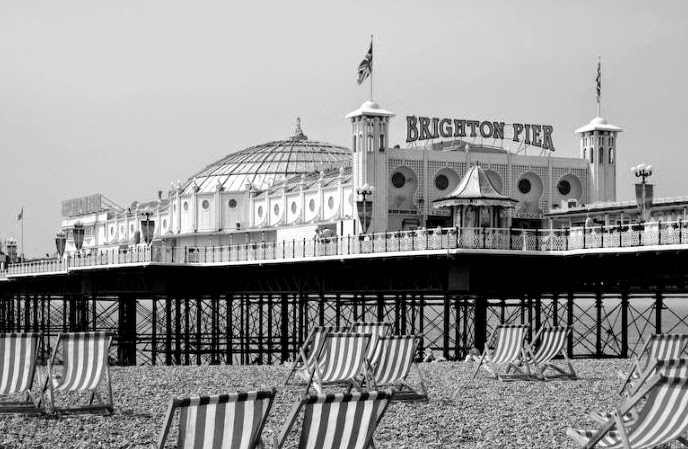 A couple of coincidence stories today. The first from 67 Not Out reader, Bernie.

I then got to know a Jennifer through the Internet. This year, in August, we married at 2.30pm. Before moving in with me she lived in Croydon, and her house number was also 230.

There are also other strange coincidences. It's very much as if we were meant to be together."

The next story comes via JC who has sent me various other bits and pieces over the years.


"One day in 1975 I woke up, having spent the night with an American fellow student from my university in London. We were in our early 20s in the same friendship group, which included our current partners.

It was a beautiful day and we were falling in love so instead of going to lectures in London, and facing the inevitable break up conversation with our girl/boyfriend, I suggested we escaped and went on a day trip to Brighton.

We drove there with another American student who owned a sports car. Our first stop was the Brighton Pier.

At the end of the pier, with the water swirling beneath us all, we came round a corner and there walking towards us was his girlfriend and my boyfriend!

We should all have been in London at lectures at university. They had also chosen to come here on a whim, knowing nothing about us. There was no need to explain, it was obvious what had happened with us and we were all in shock.

Forty years later we stay in touch. Brighton is a fairly popular place for a day trip from London, but the end of the pier, made it very bizarre."

Other Coincidence Stories:
Married Couple Were Unknowingly Photographed Together As Children
Top 10 Coincidence And Synchronicity Stories
Saved By Coincidences While At War: An Unknown Story