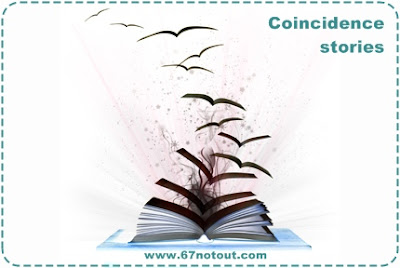 When I started this blog the theme was mostly coincidences and synchronicity. Since then I've wandered off into other directions but it's back to basics today. The following are the Top 10 Coincidence and Synchronicity Stories over the last year - based on the number of readers (hits) each has received.

1. Photo Taken Of Father Showed His Missing Daughter
Michael Dick hadn't seen his daughter, Lisa, for over 10 years. This was since he had separated from his first wife. Determined to make contact with her again Michael travelled to Sudbury, where she was last known to be living, together with his two other daughters ... Read full story

2. The Red Balloon Coincidence
It seemed the obvious thing to do for a 10 year old. Laura Buxton was at her grandparent's golden wedding anniversary and there was a helium filled balloon going spare. So she wrote on a label ... Read full story

3. Finding A £10 Note Coincidence
I've mentioned previously about how my wife often finds money. Not usually large amounts but coins when we are out walking. However, she was a bit luckier when she found a £10 note (about $14) ... Read full story

4. 67 Years After The D-Day Landings They Meet By Coincidence
Clifford Baker and Bill Betts, were part of the D-Day Landings in World War 2. Clifford will be 98 today and Bill is a mere lad of 88. 67 years ago they were soldiers with the Essex Yeomanry and had been friends during two years of training as radio operators. They were then dispatched to Normandy in France ... Read full story 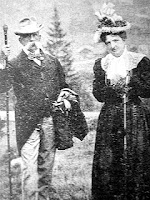 5. Famous Coindidences: King Umberto I
As royalty sometimes does, King Umberto I of Italy, back in 1900, travelled to Monza and, as he was away from his palace, decided to have an evening meal in a smallish restaurant. The date was July 28th ... Read full story

6. The Concentration Camp Romantic Coincidence
his is coincidence story which is also doubles up as a love story. It goes back to 1944. A young man, Antonin Nowak, just 14 years of age was in a concentration camp in Poland, one of the many injustices of World War II. Through the high fence he often saw a young girl ... Read full story

7. Married Couple In The Same Photo As Children
Young newly weds Alex and Donna Voutsinas were looking through some of Donna's old photos from when she was a child and came across one of her at Disney World. Nothing too unusual about this, you may say ... Read full story

8. JK Rowling And Harry Potter Birthday Coincidence
JK Rowling, the Harry Potter creator, has recently been tracing her ancestry and in particular on her maternal side. Her mother died just prior to Jo starting to write the first Harry Potter book so she never knew of the phenomenon that was to follow. Jo discovered that her maternal grandfather ... Read full story

9. Money Folded Into Four Coincidence
As you know, Mike, I was away for a holiday in France and ventured across the English Channel by ferry with my car and, oh yes, my boyfriend, I nearly forgot! We had parked our car at the docks and I got out to have ... Read full story

10. The Murder Coincidences As History Repeats Itself
This is a remarkable coincidence story that I haven't mentioned before. It features the murder of two 20 year old girls - but the killings were 157 years apart. Is this a case of history repeating itself or maybe even ... Read full story