The Quarter Jack Looking Down From The Tower Of Wimborne Church

Last weekend we travelled to Wimborne in Dorset for a friends' Golden Anniversary dinner party and stayed at the 200 year old King's Head Hotel. 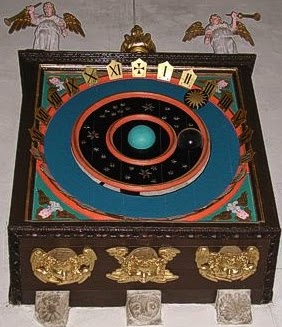 We wandered around the small town of Wimborne and visited the church where we spotted the Quarter Jack, photos above, high up in the church tower. The fellow is part of an old clock thought to date back to the early 1300s.

The working's of the clock have been updated, well sort of, as this was way back in the mid 1700s. Originally the soldier figure was of a monk but this was changed in Napoleonic times to that of a Grenadier Guard.

There are no hands on the actual clock, it's an astrological design, with the sun in the middle of the face showing the time. As for the Quarter Jack he pops out and rings the bells every quarter of an hour.

The photos below are of the King's Head Hotel in Wimborne where we stayed. Our room was where the light is switched on, to the left of the picture, on the second floor. 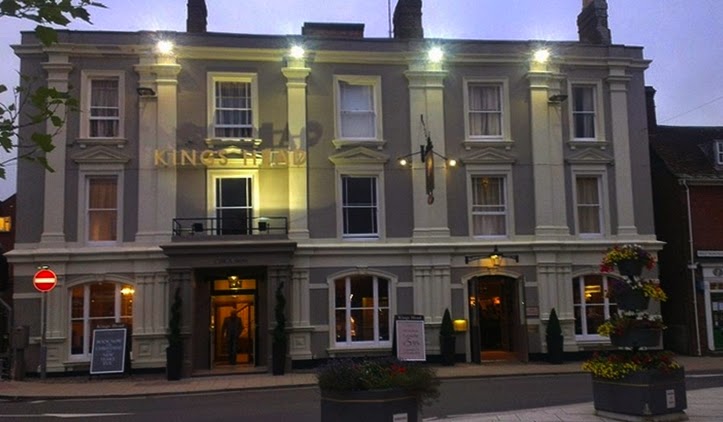 The hotel had an archway entrance at the side which led to a small car park. I imagine that stagecoaches, with their horses, would have once entered though here. 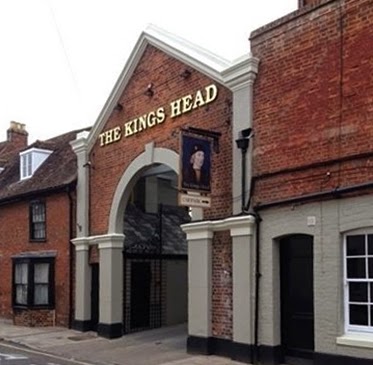 We had an enjoyable time and the party was full of positivity and appreciation. Unfortunately, however, I didn't spot any ghosts or things that go bump in the night despite the history of Wimborne.

Other Recent Posts:
The Oldest Clock In The World And Salisbury Cathedral
The Peculiar Rich, Ripe And Racy Coincidence
The Mysterious Dogon People And The Knowledge They Learned From The Fish-Like Aliens