Where Do We Go Next To Develop God's Internal Laws? 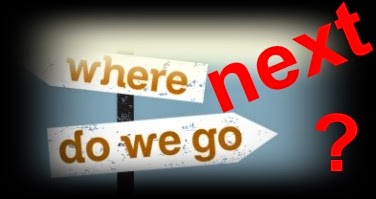 I found it interesting that the Pope now agrees with science that the universe was born in a cosmic explosion (Big Bang) some 13.7 billion years ago, which has been expanding since that time.


An allegory, according to the dictionary, is a story, poem, or picture which can be interpreted to reveal a hidden meaning, typically a moral or political one.

The Pope said that the Big Bang ...


"... doesn't contradict the intervention of a divine Creator, but demands it. The beginning of the world was not 'the work of chaos' but part of a divine plan by the Creator.

Evolution in nature is not inconsistent with the notion of creation, because evolution requires the creation of beings that evolve. God should not be regarded as some sort of 'magician', waving a magic wand. When we read about creation in Genesis, we run the risk of imagining God was a magician, with a magic wand able to do everything. But that is not so. He created human beings and let them develop according to the internal laws that He gave to each one so they would reach fulfilment."

I would just question one thing: If man is created so that we can develop according to internal laws, we as individuals can't do this in one life time. We only have to look around us to see this. So, assuming man is immortal, what happens after our present life is over? Do we come back again - reincarnation - or do we learn the next lessons somewhere else?

Other Random Recent Posts:
Man: A Completely Different Species From Other Creatures
The Peculiar Rich, Ripe And Racy Coincidence
The Mysterious Dogon People And The Knowledge They Learned From The Fish-Like Aliens