Coincidence Of Father And Daughter's Birthday. 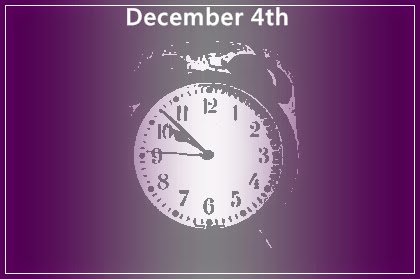 Here's one of those weird date and time coincidences.

Nicholas and Candace Jones were awaiting the birth of their first child, which was due to be born on December 17th..

However, fate or whatever, decided the baby wouldn't make the due date. Nicole Jones, weighed in at 6lb 12oz and was born at 9:52 a.m on December 4th at the Lodi Memorial Hospital..

So what, you might say. But the coincidence is that Nicole was born exactly 30 years, to the minute, after her father - so time, day and month of father and daughter are the same!

And another coincidence, Nicholas was born two weeks early, the same as his new daughter. .

The couple named their daughter Nicole as she arrived on Nicholas's birthday. She also resembles her father. Nicholas said, "It freaked me out when I looked at my baby picture, because it looked just like her." He laughingly added, "I just hope she doesn't grow a beard like me, when she gets older."

Other Random Posts:
He Witnessed Flashes Of Electricity Shoot Forth From The Mediums Body
The Tapping Black Stick Man That Frightened His Mom
12 Ancient UFO Sightings As Seen On Earth