The Ghostly Woman Sat Four Feet From His Bed 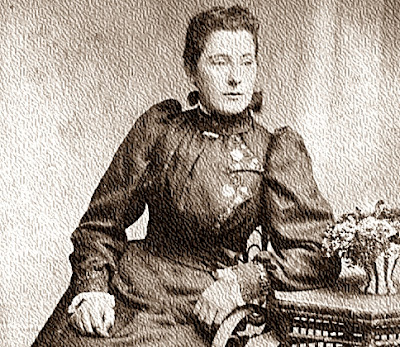 The following story was described as A Modern Ghost Story by the Hartford Weekly Times. Though this was way back in 1886, so maybe not quite so modern now! The newspaper told of a Curious Coincidence of a Death and an Apparition.

Cleveland, Ohio: At about 8 o'clock on Friday morning Mrs Emily Frayne, a widow, of Hamilton, Ont., who had come to Cleveland to visit her sister, who resides on a block on Prospect Street, died very suddenly.

Frank Lamb, a fresco painter, aged 33, who occupies apartments adjoining those in which Mrs Frayne died, relates a remarkable story.

He says that between 2 and 3 o'clock on the morning in question he was awakened, and, looking across the room he saw a lady sitting about four feet from his bed.

Raising her right hand, the lady said, "Hush! Hush!" and then disappeared,

Lamb is a disbeliever in ghosts and he at once made a search of the room and examined the lock of the door. He found the door was securely fastened, and, getting in bed, he lay for ten minutes thinking about the strange occurrence.

Suddenly the clothing of his bed and the cover were tumbled off on the floor by some unseen power, and he fell himself to the floor.

Being angry by this time, Lamb made another search of the room without finding anybody. He then opened the door, and as he did so Mrs Hadden, the sister of Mrs Frayne came from her room into the hall saying. "My sister."

Lamb declares that he was not excited and he was perfectly sober. He cannot account for the strange occurrences.

Other people in the block who heard Lamb fall also left their rooms, and they corroborate his story as to the coincidence of his fall with Mrs Frayne's death.

The coroner has decided that the woman's death was caused by heart decease.

Other Random Posts:
The Unusual Contact With Her Dead Mother
Power For Squirrels Coincidence
Near Miss Coincidences - When Fate Lets Us Down