The Coincidence Of The Rhythm Of The Universe 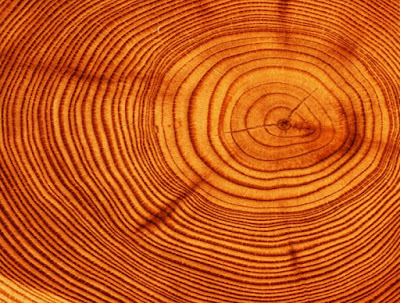 If you are lost as to what to think about, here's a couple of things to ponder: What do Java tree rings have to do with the price of wrought iron in England? How does the number of marriages in St.Louis relate to the height of flood stages in the Nile?

And one more for good luck: Why should the number of lynxes running loose in Canada concern the membership of the Presbyterian Church? 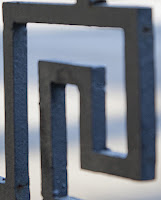 The answers all lie in cycles, That's in the sense of a cycle being a rhythmic pattern of recurrences - a trend that keeps repeating itself.

Edward R. Dewey, one time chief economic analyst of the U.S Bureau of Commerce, compiled a list of some 4,000 cycles for a study of, well, cycles.

Take the Java tree rings and English wrought iron prices, both seem to be on the same length - with cycles averaging 16 and two-thirds years - and have done so for hundreds of years.

The same applies to iron prices in England, which have been reported for nearly 700 years.

What is odd is that such similar cycles tend to start and end in roughly the same calendar years. For example, 21 long established cycles of 9.5 to 9.75 years compared by Mr Dewey att reached mid-points within a 4.5 year spread.

If the law of averages had prevailed, Mr Dewey points out, these mid-points would have come at various times throughout the 9.75 year period. They wouldn't be bunching up at each end of the period.

The implication to all of this is that there is some kind of all-governing rhythm in the solar system, galaxy or universe.

When the Canadian lynx population follows roughly the same cycle as that of heart disease in New England and wheat prices in Europe it makes you wonder if there may be something in Mr Dewey's conclusions.

Another example is that higher flood waters in Egypt always seem to go with more marriages in Missouri.

Mr Deway summed it up thus:

"A scientist may not be impressed because some cycle of activity continues for centuries with great regularity.

"He may not even find it too significant that diverse and apparaently unrelated phenomena have the cycles of similar length. But he must take note when such cycles of familiar length tend to begin and end at the same calendar times. Then he begins to feel this couldn't be all mere chance."

Other Random Posts:
The Tortoise And The Big Crunch Prior To The End Of The Everything
Jesus Had A Helicopter!
The Double Slit Experiment