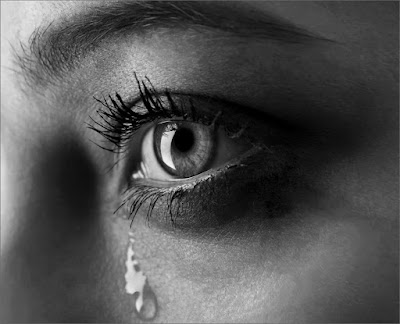 There have been several articles in the UK media showing that the number of people who believe in life after death has increased. It's now at about 74% according to surveys - and this is despite the numbers of people going to church, and being involved in religions has declined considerably.

I have always believed in life after death, but let's play devil's advocate for a change.

In 2012 I had surgery. I was under the influence of anaesthetic from 8.30 am until about 4.30 pm. I have no memories at all for that eight hour period: I had no dreams, no mystical visitations or experiences from loved ones, I didn't leave my body or feel myself floating about and so on. My body was functioning but otherwise, for all intents and purposes, I was nothing at all. 'I' wasn't existing anywhere, the 'me' that is my thoughts, memories and experiences didn't exist.

So was that eight hour period identical to death? All that's left of us are the memories we have left behind and the influences we have sown in our children and surroundings.

But there again from my cuttings ...


After my mother passed away, I saw a light appear, which came closer and closer and got much brighter. Then her face appeared, surrounded by a dazzling light.

It was all very clear. She was just looking at me; then it started to fade before disappearing. I was obviously very shocked. I am not religious at all.

My mother experienced the same thing when her father passed away, which did make me feel better about it. She never told anyone else about that except me.

... but that could have been imagination, stress etc.

Other Posts:
The Meaning Of White Feathers As Messages From The Dead
The White Dove As A Messenger Of The Dead
The Unusual Contact With Her Dead Mother

Email ThisBlogThis!Share to TwitterShare to FacebookShare to Pinterest
Labels: Death, Devil's Advocate, Life After Death, Messages from the dead, Religions