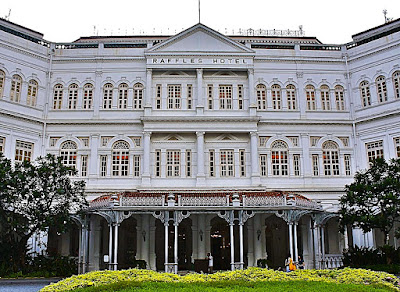 Another coincidence story about meeting someone unexpectedly a long way from home. This one is from Jack Manning from Cumbria, England.


I recently retired from performing in a brass band after playing a cornet for many years. In that time, we played numerous contests and won many of them.

A few years ago, when my wife and I were returning to England from Australia, we stopped off at Singapore for two days.

We were quietly having afternoon tea in the famous Raffles Hotel, as you do, when a lady approached our table and said, "Didn't the band do well last week."

I replied, "I don't know, we've been away for three weeks."

She continued, "Yes, they came first in their heat for the National Championships and your principal cornet player took the prize for best soloist."

I didn't know the lady and was surprised that she knew me.

It turned out that she was also a brass player from another town. Small world!