Readers Out Of Body Experiences 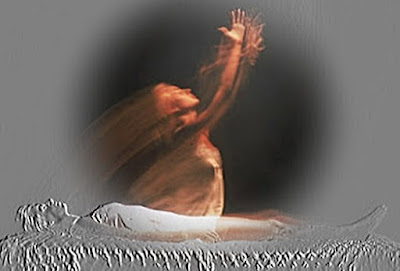 It's not something I have experienced myself, but I have come across many people who have had Out of Body Experiences. Some of these experiences appear to come about spontaneously while in a crisis situation - such as while in intense pain, when seriously ill or under medical surgery, following an accident and so on. Though, in saying this, I have met people who claim they can leave their bodies at will. This is often referred to as astral projection.

Here are a couple of experiences from 67 Not Out readers.


I personally had an Out of Body Experience and had not heard of anything like this previously.

There was a time in my life when I was mired in the depths of the greatest emotional pain that I have ever endured. At the height of my suffering, I felt myself float upwards and behind my body. For a few minutes I floated there looking down at myself.

I remember the immense peace that I felt while floating. My thoughts during this experience were that I had no idea my body was capable of such an emotional extreme, and I was marvelling at what was happening. After my body calmed down I migrated back into it.

From what happened to me I might offer that perhaps the spirit is incapable of occupying the body when the body is experiencing extreme pain. Once the body is again a suitable vessel, the spirit will return to its earthy natural state.


I recall having my drink spiked followed by a blur and then waking up in hospital in what I thought to be a critical condition. I looked down on myself from above and witnessed my mum and her friend at my bedside.

The strange thing was that I felt serene and peaceful but here is the twist in the story. I never actually woke up that night. I was essentially in a coma with drips and all sorts of things attached to me.

When, feeling better, I saw my mum and I apologised to her for the grief I had caused everybody and we spoke about the night before. I will remember till the day I die the look on my mother's face when I told her that I remembered seeing her and her friend at my bedside the night before.

To which she replied that I must have dreamt it because I was completely out of it and was in a coma when she had visited me the night before.

I have since tried to leave my body myself but I am unable to do so, as it feels very strange, and I guess fear plays a big part.

Other Random Posts:
Time Doesn't Exist: All We Have Is The Present Moment
A Glimpse Of Her Death In A Former Life
The Anagram That Failed To Kill Off The Loch Ness Monster

Email ThisBlogThis!Share to TwitterShare to FacebookShare to Pinterest
Labels: OOBE, Out of Body Experiences