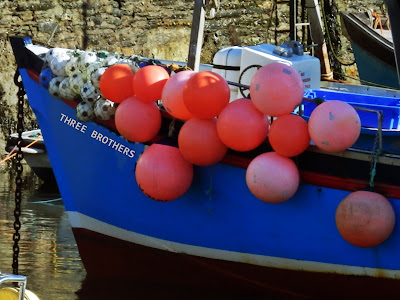 Here's a mighty strange coincidence in a story from John Henderson, It all begins on a deep-sea fishing boat as it pulled away from the docks at Calabash, N.C. In his own words:


My two brothers and myself were on the boat when another boat came by, and the gentleman next to me remarked, "That sure is a coincidence." The name of the boat was 'Three Brothers'.

The gentleman, pointing to other gentleman with him said, "We're three brothers."

I said, yes, and pointing to my two brothers with me, explained that we were three brothers too.

Then I said my youngest brother's name, Bob and he said his younger brother was Bob.

Other Random Posts:
Impossible Pie: A Way Of Life And Death
Duke of Cornwall's Light Infantry Remarkable Coincidence
Eerie Island Of Spinalonga A Sunken City And A Mermaid