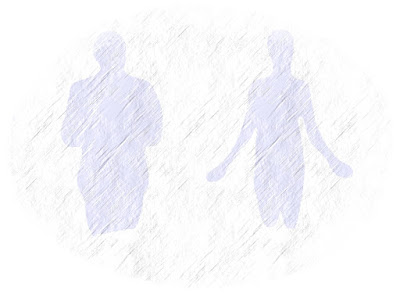 A few quickies from my cuttings file where people clain they have experienced seeing someone who has died. Imagination or perhaps a reality?


Four years ago I awoke in a panic about a friend whom I had not seen for some years. He was quite well known and I often thought about him, but never in panic.

I rushed to the computer to discover he had died in the night. I am still amazed by this as I am a sceptical person


My brother was killed 40 years ago, aged 21, when he took a short cut over the railway line. The following night, I woke up and I saw him as clear as anything, lying on the floor with his back to the sideboard.


During the worst five days of my serious illness, my late father appeared in a recurring dream on five consecutive nights. During the dream we laughed like drains together.

These dreams were very comforting.

My mind was doing what it could to get me through a hard time. Some might say the old boy was helping from the 'other side', but there's no reason why I should believe this.

I guess though it doesn't really matter if it is imagination or reality if it comforts the bereaved.

Other Similar Random Posts:
The Meaning Of White Feathers As Messages From The Dead
The White Dove As A Messenger Of The Dead
The Unusual Contact With Her Dead Mother