Is Enjoying Life Only A Delusion? 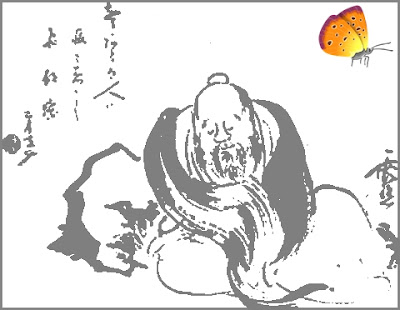 
"How do I know that enjoying life is not a delusion?

"How do I know that in hating death we are not like people who got lost in early childhood and do not know the way home?

"Lady Li was the child of a border guard in Ai. When first captured by the state of Jin, she wept so much her clothes were soaked. But after she entered the palace, shared the king's bed, and dined on the finest meats, she regretted her tears.

"How do I know that the dead do not regret their previous longing for life?

"Only after the great awakening will we realise that this is the great dream. And yet fools think they are awake, presuming to know that they are rulers or herdsmen. How dense!

"You and Confucius are both dreaming, and I who say you are a dream am also a dream.

"Such is my tale. It will probably be called preposterous, but after ten thousand generations there may be a great sage who will be able to explain it, a trivial interval equivalent to the passage from morning to night."

One thing I would query with Zhuangzi is when he writes: "During our dreams we do not know we are dreaming." I have had dreams where I have thought that there was no need to worry as I was only dreaming whatever appeared to be happening. These are usually called Lucid dreams. Aristotle wrote: "...often when one is asleep, there is something in consciousness which declares that what then presents itself is but a dream."

Other Random Posts:
Doppelgangers On The Loose!
Poldark Lives On At St Winnow Cornwall
Fossil Roots Over 235 Million Years Old