A Beautiful Perfume LIngered After Her Sister Had Died 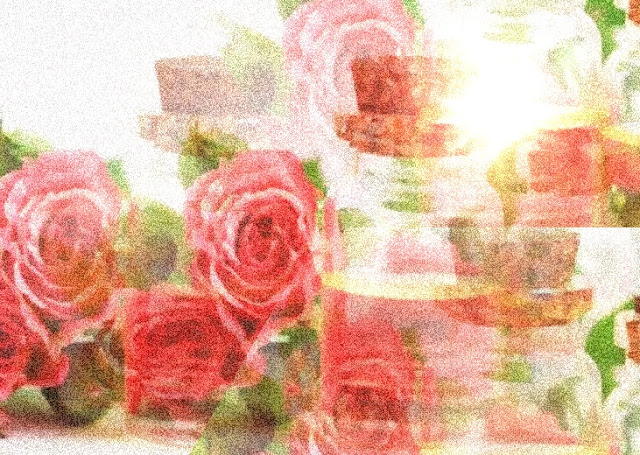 An experience from a reader: a beautiful perfume following the death of her sister.

"My sister and I were very close. We would finish each others sentences, pick up the phone before it rang, if either was calling the other, knew if the other was sick or something big was up and so on. All the women in my family have this bond.


My sister was in hospital with pancreatic cancer. My family and I would take turns staying with her so she wouldn't be alone.
Every time it was my time to stay with her I would find pennies under the glove station on the wall, without fail.The day she died, my mother was to relieve me and was supposed to come up the evening before. She called ill, and I told her to stay home as we were fine and she could come the next night if she felt better.My sister and I were sitting side by side, holding hands while talking about life, and death, and Jesus. She told me she knew she was dying (the doctors had never said this, they never had a definite diagnosis until the autopsy).She asked if I thought she would go to heaven. I told her there is one way - through Jesus, which she understood. I told her to talk to Him with sincerity, ask forgiveness, and ask for his blessings. She bowed her head and (I assume) talked to him. After a few minutes, she turned to me and said "I love you." I said "I love you, too." Then she died.To this day, I feel I was supposed to be there, as my mother could not have handled the situation (being unwell etc.). I believe Jesus left a way for my sister to be sure of her salvation. If anyone else had been there, she would not have asked, and they would not have told her.


When the day of the funeral came, it was sadness all around - she was well loved and she loved everyone.


Mother was in heavy grief. I drove her home from the funeral. When we got there I opened the car door to let her out. To get to the house you had to walk up a short gravel path 2 to 3 feet wide and about 10 feet long - then up 2 stairs to the porch.
I walked her up to the house, made sure she was in okay and went to shut the car door. When I got about half way down the path I could smell the headiest, most sensational smell I had ever smelled. It was like lilacs, magnolias and camellias all at once. It was only in one spot. I could walk into it, and walk out of it. I did this several times.I walked around the house to find the source, nothing was blooming. Looked up the street and nothing was blooming. It made me smile. I knew it was my sister. I walked back "into" it, then went to the door, calling Momma out. She came out puffy eyed from crying, weak from grief. She asked, "What's wrong?" I tell her, "...nothing is wrong, nothing is wrong, take my hand, just please come with me."We walked down the stairs and into 'the smell' and stopped. Momma looked at me and her eyes got as round as saucers. She could smell it too, and she also knew it was her daughter. Her face lit up and she knew all was well.We went back into the house. For days the perfume stayed in the walkway between her living room and the entry way. To get to the living room you had to walk through it. I think that was sister's way of letting Momma know that all was well and to not grieve so hard. (She had already lost one daughter and a sister earlier in the year)."

An interesting experience. I have previously heard of perfumes lingering for a while after someone has died. Not sure of the significance of finding the pennies, perhaps someone has an idea about this.
~ Mike