Will You Be Remembered in 266 Years Time? 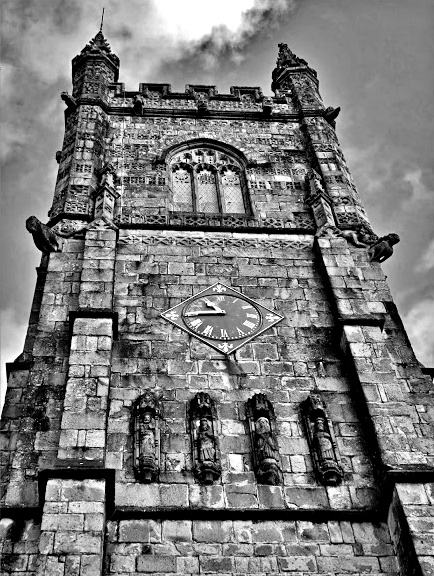 I had a feeling when we left home this morning that I would have some sort of coincidence. I did. Nothing very dramatic but it amused me.

For quite a while I have been trying to find a 'hidden' 1700s stone tablet that is somewhere in the boundary wall of St. Austell Church.

Today, by chance, I found the stone and the first coincidence was that the name on the memorial is Mary Harris. We have a friend by the same name - though she's not from the 1700s! She is the wife of my best friend who died a while back. 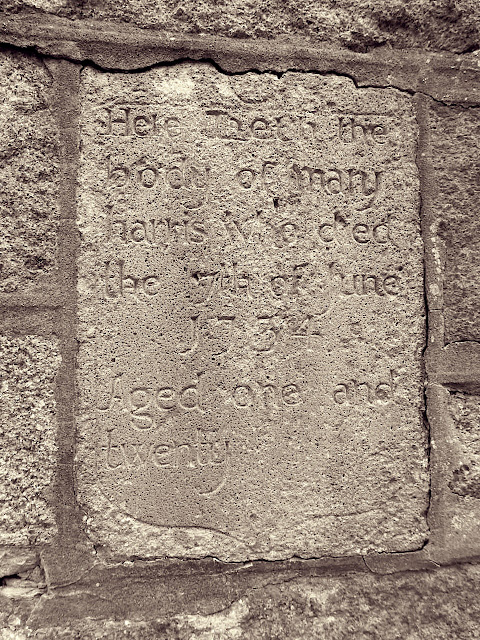 Though quite hard to read the stone states:

The second coincidence, meaningful to me, is that Mary Harris died on the 7th of the 6th i.e. 76

As regular readers of this blog may know there are many, many significant 76s in my life - for example I met my wife on the 7th of June. Also lots of 67s in my life, thus the title of the blog. 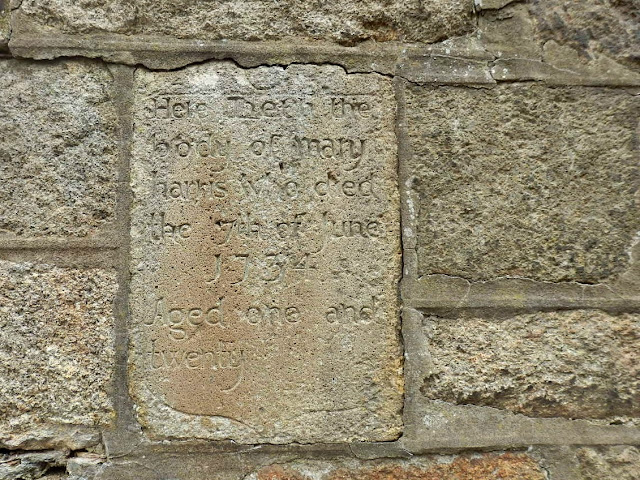 I wonder why she warranted such a prominent position on the church wall? There are no other such stones. All I know is that she supposedly died of drowning.

I managed to find her baptism in local records which show she was baptised on the 13th of September 1713. Her father was Nicholas Harris - but her mother's name is left blank on the records.

I suppose the question is, how many of us will be remembered in 266 years time?
Posted by Mike Perry at 04:30