What We Give Out, We Get Back - But Not Always Exactly As We Want! 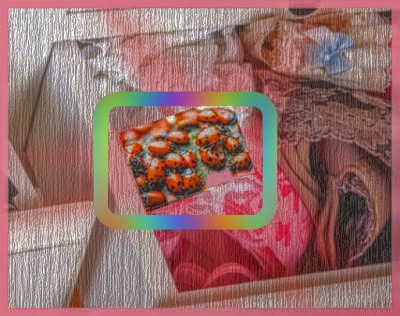 There was a woman who, when things annoyed her, would always say, "That really bugs me." One day she found the chest of drawers, where she kept some of her delicate clothes, infested with small beetles. A coincidence?

A man called Clive wanted some goldfish in a large glass bowl for his living room and - as he had read a little about the power of the mind - started demanding a bowl of fish from the universe. A few days later a neighbour dropped in to see him carrying a plastic bowl with some fish he had caught that day. "Do you want some of these fish as I won't be able eat them all?" he asked. Another coincidence?

In a way both of these people got what they asked for. Okay it wasn't exactly what they had in mind but whose fault was that?
As with everything we give out eventually it returns, either to smooth our path or slap us in the face. Words and what we say are important and it's not just a case of being negative or positive.
Florence Scovel-Shin in her book The Game of Life And How To Play It

writes about how she saw some beautiful rose trees in the florist's window and set about requesting one.
Easter came, and with it a perfect rose tree from a friend as a gift. She phoned to say thank you and told her that it was exactly what she wanted.

Her friend replied, "I didn't send you a rose tree, I sent you lilies!"
The man at the florist had mixed up the order and Florence writes, "He sent me a rose tree simply because I had started the law in action, and I had to have a rose tree."

She also concludes that, "When man can wish without worrying every desire will be instantly fulfilled."

It's perhaps why we have to be careful what we say on a regular basis. If, for instance, we keep saying something or someone is a pain in the a*** it could well become one!

Parents don't always choose their words wisely (unintentionally, of course). "Don't go out without a jacket, you'll catch a cold," or, "Be careful, you'll fall." Atishoo and ouch may follow.

We are surrounded by influences from other people, the media, television and so on. I guess we have to try and make sure that our own words equate to exactly what we really want for ourselves and also what we want for our family, friends and the world in general.
Posted by Mike Perry at 13:00

Email ThisBlogThis!Share to TwitterShare to FacebookShare to Pinterest
Labels: Power of the Mind, thinking