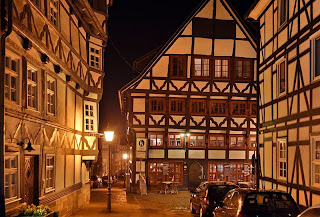 Margaret was in her house, back in 1972, with her then three year old daughter, Ulrike, while her ten year old son, Joachin, played outside in the garden. It was a normal Tuesday and she had no reason to believe that moments later she would have a miraculous escape from death. (Photo right: Thomas Robbin)

Suddenly Joachin rushed into the house, his white face a mask of horror. "Mother," he screamed, "Get out of here! Something terrible is going to happen."
Frau Woellner saw from Joachin's expression that this was not a childish stunt and, after picking up Ulrike, she ran from the house.

Footnote: I see that Amazon USA does have used copies of Test Your Own Super Mind