A story of romance mingled with a huge slice of coincidence or synchronicity. 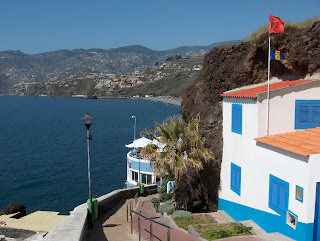 My wife and I were in Madeira on a sunshine holiday last year and while in the hotel got chatting to a couple in their mid to late sixties. We saw them again the same evening, as we were going in to dinner, and they asked if they could join us at our table.

They were a happy looking couple and we soon found out why, they were on honeymoon! And they had quite a tale to tell.

They first went out together when they were sixteen but, typical of that era, their parents objected. One of the reasons was that he was Jewish and she Christian. They carried on seeing each other secretly but finally Florrie, and her family, moved away to Australia (from England) and they never heard from each other again, even though George sent her many letters.

While in their mid twenties they both married other partners and had children. Florrie became a widow about five years ago and she moved back to England. George meanwhile got divorced at around the same time. 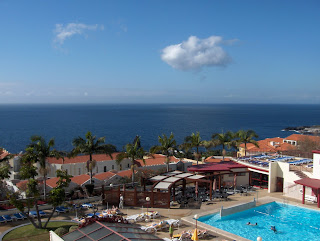 George said he never forgot Florrie and she giggled that she always remembered him.

In 2008 George went on holiday, on his own to Spain, and got talking to a woman sitting on her own and about his own age. After a while he introduced himself as George B and the woman said her sister used to go out with a boy of the same name, when she was a teenager.

"I suppose you are going to tell me she was Florrie T," he laughed.

George was quite taken aback, to say the least, and the woman continued by saying that Florrie was with her on the holiday. They were sharing a room.

Half an hour later George was emotionally reunited with Florrie and they have been virtually together ever since.

Florrie later told George how, when her mother recently died, she cleared out her home and there she found George's teenage letters to her, tied up with string. Her mother must have kept them for some reason but never showed them to her daughter. Unbelievably Florrie had them with her on her Spanish holiday when the couple met again by coincidence. She said she had a feeling that she wanted to read them quietly.

The couple said they couldn't help but think how their lives might have been if they had never been separated as teenagers.

We never saw them again as the next day they were on their way home.

Lots of people have a story to tell, if we have the time to listen.