A Message Without The Messenger Realising

Coincidences aren't always obvious and, at times, they are simply messages - many of which we don't even notice. 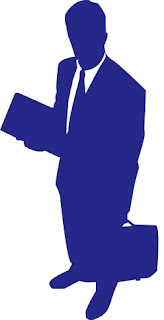 I'm trying to think of an example of what I mean. Oh yes, quite a few years ago I was a manager of a finance and loans company - okay I can hear the murmurs of 'boring' but I'll continue anyway!

As I said, I was a manager and I got a promotion to a bigger office where there had been a bit of trouble with some of the staff. Two in particular were demoted managers.

I agreed that I would take on the office but then began to get second doubts. Was I just asking for a hard life? It was obvious that those ex managers would be a problem. I guess I was doubting my own ability to handle the situation at the new office.

It was strange, as I'm usually quite laid back about such things: que sera sera and all that. I'd agreed so I couldn't back out.

The situation was on my mind when one of the assistant manager's at my previous office phoned me and said something to the effect of, "Sorry you are leaving us as you always seem to be so in control of everything and easily handled those difficult situations that came up. We'll all miss you." (Apologies if that sounds like bragging!)

We all like to hear compliments and this bucked me up enormously. Then I realised that it was a 'message'. It told me I could handle the new office and the possibly troublesome staff.

It was as if a load had been lifted from my shoulders.

I started at the new office with new found confidence and everything worked out perfectly.

So that phone call to me: was it a coincidence, a message of some sort or simply kind words from an ex work colleague? I guess it depends on how you view life.

To me it was a message and I've noticed over the years how, at times, people can say helpful things without realising they are doing so.

Another way of looking at this is that it's good to say a few kind words and give genuine compliments to others. It may just help them on their way.

Further Reading:
Miles Of Smiles And Butterflies
Posted by Mike Perry at 14:58