A strange coincidence which whimsically asks if there is a secret Portuguese organisation who try to scam girls out of $250. Thanks for the story, Belinda. 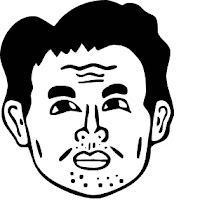 "A while back I had a boyfriend who was Portuguese and was employed as a Tech Support Worker. He still lived at home with his mom, together with his eight year old sister. He owned a peculiar necklace, which he said was the only one of its kind. It was a piece of round glass with a translucent picture of an eye.

On my birthday he generously - or so I thought - bought me a laptop. Problem was, a little later, he asked if I would give him $250 as he was unable to keep up the payments on the computer.

We soon parted company following this.

Moving forward three years I met a great guy at a party. On our first date I found out he was a Portuguese Tech Support Worker who lived with his mom and eight year old sister! But that's not all.

A couple of weeks after this he took me to his dad's autoshop and hanging on the wall was the exact same necklace that my previous boyfriend owned. He then had the audacity to ask if I would give him $250 because he was broke.

What I'm wondering is: Was all this a coincidence or is there some sort of secret organisation of Portuguese Tech Support Workers who scam girls in to giving them $250!"