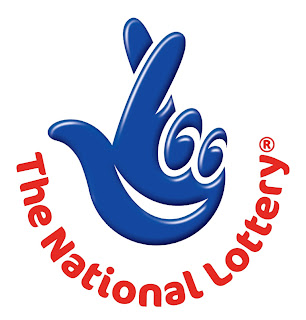 In life things happen for a reason, even if we don't fully understand what these actually are. A coincidence may bring about something very special but the opposite is also true. Sometimes life may appear to give us a bit of a knock. Take the story of senior citizen Robert Guest for instance.

Mr Guest played the twice weekly UK National Lottery without fail every week, and had been doing so for the best part of ten years. Each entry had exactly the same numbers, I guess he looked on these as his lucky numbers.

When the mid week lottery draw took place on television he could hardly believe his eyes - there they were - his numbers. He had hit the big time and could see himself on holidays, in plush cars and restaurants. Then later a thought hit him like a bolt of lightning ... he didn't have a ticket for this draw!

Mr.Guest explained, "When they (the numbers) came up, I saw I had three, I had four, I had five, I had the bonus ball. I went through my pockets and through my drawers searching for the tickets. I hoped I hadn't lost them. It took me about an hour, then I remembered that I hadn't put them on."

Yes, the senior citizen had missed out on winning over £125,000 (about $200,000) and was heartbroken. He said, "It's an awful experience. It's just got me down and I'm all on edge." The 67 year old from Spital Tongues, Newcastle says he has lost over 9lbs in weight through stress and worrying about what has happened.

So why did he forget to buy his regular lottery tickets? Because he had to go to the doctors, that's why.

He was running late and everything seemed to be against him. There was a long queue at the newsagents, where he always bought his ticket, so he rushed to another shop, but that also had a queue. Worried about being late for his appointment he told himself that he would buy the ticket after he had seen the doctor - but he didn't.

The retired pipe fitter said, "I was in a hurry to get to the doctors and afterwards my mind just went completely blank."

But he still has his dreams. Mr Guest has vowed to continue with his regular lottery numbers until he hits the Big One.

It does make me wonder though: was there a reason why he missed out on buying his regular lottery ticket? It's strange how, at times, we are just like flotsam riding the waves of coincidence and circumstance.