How The Virgin Mary Had A Child But Remained A Virgin 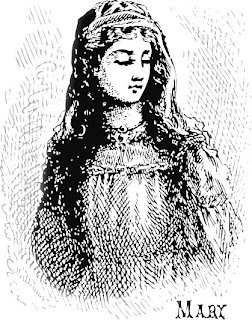 There is that old cliché about 'how God moves in mysterious ways'. This post is perhaps an illustration of this and how the Universe answers our questions in these mysterious ways.

The story is about a gentleman, Terry, who runs a hypnotherapy and meditation centre in the UK. He was in a discussion with a group of Roman Catholics and asked them about the Virgin Mary and how she could have possibly been a virgin. Their answer was along the lines that it was a miracle from God.

Terry couldn’t accept the answer so he asked the Universe about this in one of his meditation sessions. He did receive an answer - and in a mysterious way.

The following is how he found, what to him, was the answer to how Mary was a Virgin and had a child. It may not be want many Christians would want to hear but it’s always up to individuals as to what they believe - and we should respect everyone's beliefs.

Several days after meditating the Virgin question he met up with a friend who often visits his centre. The gentleman, I’ll call him Dave, was uneasy about an unusual experience his wife had undergone the previous afternoon.

His wife had decided to have an afternoon sleep on her bed. She swears, Dave claims, that she was wide awake when she actually felt herself leave her body, 'her inner self leaving her physical body.'

She stayed in the room for a few moments, feeling no fear other than bewilderment, as she looked down on what appeared to be her lifeless body lying on the bed. She then floated through the ceiling and up into space, which she thought of as travelling through time.

Dave continued, "Then she met my brother!"

At this stage he looked to be very embarrassed, and said that his wife is also very embarrassed about what had happened next: his wife and his brother made love. Afterwards she returned from the astral world to her bedroom and felt herself also return to her body. She is emphatic that she had not been to sleep and dreamt the whole experience.

Terry says this was the answer to his question about the Virgin Mary and was the Universe’s way of explaining how the virgin birth came about. In his words:

"The Virgin Mary left her physical body, went to the Astral Planes (Heaven) and conceived a child, possibly with no memory of doing so on her return, or thought it was a dream, or preferred to tell no one about it."

Terry adds, "Of course technically she was thus not a virgin, but in this man’s world of ours she most certainly was."

As a footnote to this story, Dave asked his brother about what had happened and he says he has no knowledge of the incident. He joked that he regretted that he had not had the same experience.

As a further footnote Terry concludes by saying, "Strange, coincidental things happen when you work alongside the supernatural."

Think of this story what you will - I guess you could put all sorts of different interpretations on it!

Further Reading:
Astral Travel By Hypnotherapy
Bible Coincidences Where God Is At The Centre