"Is it not known to all people that the dream is the most usual way that God reveals himself to man" — TertullianI was wondering what to write about today and then heard a story from Jane McDonald, who is a reasonably well known British singer. Jane told of a dream she had, which came true.

She dreamt about her boyfriend at the time. A blonde woman then came into view in her dream and started kissing him.

A few days later her boyfriend told her he wanted to separate as he had met someone else. Jane says she recognised the woman instantly, it was the woman from her dream. The image was exactly the same.

I've previously written about how Abraham Lincoln had a precognitive dream about his death and also a couple of dreams I've had myself.

It does seem that was can all dream in a 'worthwhile' manner, some call these lucid dreams. Here are a few famous examples. 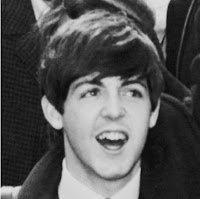 Back in 1965, with the Beatles still at the height of their fame, Paul McCartney woke one morning remembering a tune he had heard being played by a classical string ensemble.

Paul went to his piano, which was in his bedroom, found G, found F sharp minor 7th and then went on to play the music from his dream. He said at the time, "Because I'd dreamed it, I couldn't believe I'd written it. I thought, 'No, I've never written anything like this before.' But I had the tune, which was the most magic thing!"

Later he played the tune to the other three Beatles and they came up with the words for the music: "Yesterday, All my troubles seemed so far away, Now it seems that they are here to stay, Oh I believe in Yesterday."

Moving on to someone not so pleasant: Adolf Hitler. He reportedly had a dream that saved his life. Without this happening, who knows, perhaps there may never have been a second world war.

Paul McCartney discovered a hit tune and with the help of another dream Elias Howe invented the sewing machine.

Howe had the idea of a machine for sewing but couldn't figure out the design of the needle - until he had a dream, that is. This was his dream:

He was captured by a group of natives and they were dancing around him waving their spears. He noticed that their spears all had holes near their tips at the pointed ends.

On waking he realized that this was the solution to making his machine sew. The thread needed to go through a hole in the tip of the needle. The rest, as they say, is history. Most modern sewing machines still have the same style of needles. 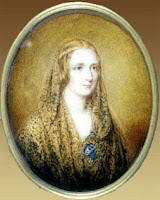 Moving on again, the Frankenstein story followed a dream. Mary Wollstonecraft Godwin was with her lover Percy Shelley at Lord Byron's villa by Lake Geneva. He challenged his guests to write a ghost story. That night Mary had a dream:

"When I placed my head upon my pillow, I did not sleep, nor could I be said to think. I saw, with shut eyes, but with acute mental vision. I saw the pale student of unhallowed arts kneeling beside the thing he had put together. I saw the hideous phantasm of a man stretched out, and then, on the working of some powerful engine, show signs of life, and stir with an uneasy, half-vital motion. Frightful must it be; for supremely frightful would be the effect of any human endeavor to mock the stupendous Creator of the world." Mary Wollstonecraft Shelley, from her introduction to Frankenstein

The Bible also attaches importance to dreams, especially in the Old Testament, as in the case of Daniel in The Book Of Daniel - see Chapter 2 for example.

There are heaps more famous dreams recorded on the Internet. Many of these have imparted information, precognition, solutions, advice and warnings. Dreams can become an important part of living - if we bother to listen to them and heed what they tell us.