Visualisation Brings A New Carpet Via A Coincidence

Back to the subject of visualisation today and this story is, with thanks, from Amanda and is about her personal experience. It shows how visualisation can bring about coincidences which can help us get what we want. 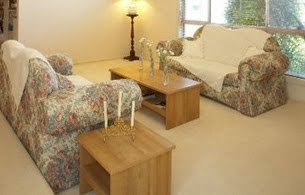 I'm Amanda from north-west London and after reading some of your visualisation posts thought I would tell you about one of my successes.

I was widowed about ten years ago and though not likely to starve I'm not exactly flush with an abundance of money.

I had managed to decorate my flat (apartment) and thought it looked very nice. What I needed as a finishing touch was a cream carpet. Not any cream carpet but one that had a luxurious thick pile. Unfortunately this was way over anything I could afford.

Every night I tried a visualisation technique I had read about. I closed my eyes and imagined my flat was covered with a beautiful thick, cream coloured carpet. I didn't want the money to pay for it, as I knew I would most likely use this for something else. I simply wanted the carpet.

One day I was at work and my boss and I were talking about invoices and the conversation somehow switched to how he was getting married for a second time and that he would be moving to a larger house in the suburbs.

Almost in passing he said that the house he was moving to had a cream carpet covering the whole ground floor which the previous owners had only recently laid. He continued by saying that it would have to go as between them, him and his new wife to be had four small children. They needed something more practical.

When I mentioned to him that I would love to have such a carpet he said I could have it for free as long as I could get someone to remove it.

I accepted at once and with the help of my brother and his van we removed the carpet from my boss's house and then re-laid it in my flat. It was perfect, exactly what I wanted, my visualisation had succeeded.

I've now made a list of other things I want. Hope this isn't being greedy!"