The 25 Ghosts Of Wymering Manor 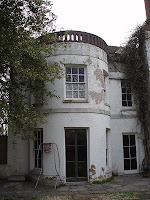 I realise this isn't a property blog but Wymering Manor, Portsmouth, England is up for sale.

Why mention this? Simply because the house, dating back to at least 1042, comes with it's own set of ghosts and even includes a ghostly choir of nuns. It's extremely spooky!

There's the aforementioned choir of nuns. The first sighting was back in 1958 by the then owner, Leonard Metcalfe. He regularly saw them crossing the hall at midnight and chanting as they went. It is believed these are the Sisterhood of St Mary the Virgin who visited the manor back in the 19th century.

Then there is the disembodied hand who might just touch you on your shoulder. This only happens in what is called the Panelled Room. Several have been afraid to stay in the room, especially if alone. In fact security guards, at the now empty property, refuse to work at the house alone.

The ghost of Reckless Roddy visits the house whenever there is a new wife present at the property. The story goes that, back in the Middle Ages, a husband brought his pretty young wife to the manor but had to go away on business. Hearing about this Sir Roderick of Porchester set about trying to seduce this 'lonely' young wife. 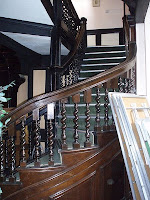 The husband returned unexpectedly and caught Reckless Roddy in the act of seduction. He tried to escape, jumped on his horse but the husband managed to catch him - and that was the end of Sir Roderick. The horse is often still heard galloping away up the lane in the early hours of the morning.

And so the stories of Wymering Manor continue. It is said that there are between 20 and 30 spirits in the house including childen laughing and whispering.

The good news is that a former owner of the property, David Scanlan, says that the spirits 'seem to be quite nice and quite friendly and it's almost like we get on with them and they tolerate us.'

Wymering Manor is packed full of history and was mentioned in the Domesday Book. King Edward the Confessor and King William the Conqueror have resided in the building.

With such a long history there are bound to be strong emotions and happenings captured within the walls. Some will be just that. Similar to photos or a video from the past, it may be possible to tune in to them - if you have the right 'wavelength' or sensitivity. Other sightings may well be genuine spirits attached to the property.

There are several Wymering Manor ghost videos on YouTube but none of the ones I watched were all that convincing. But most ghosts or spirits aren't easy to capture on film. If you actually owned the property goodness knows what you might be able to prove.

Further Reading:
The Ghost In A Shirt Left An Orange Globe Behind
The Hampton Court Ghost Caught On CCTV
Daisy The Gnetle Ghost Who Loves Dogs